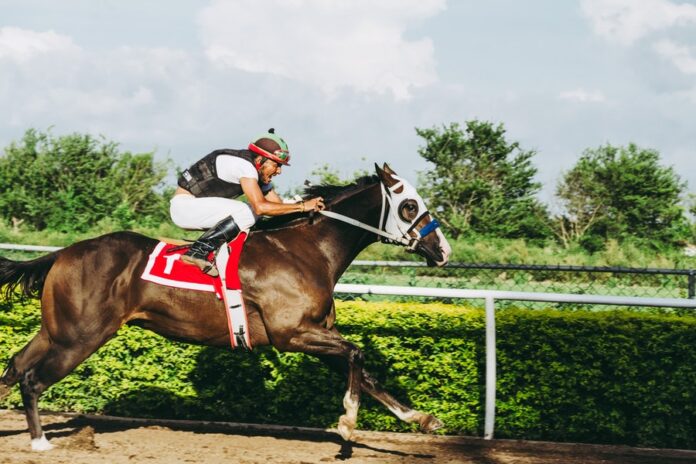 The Australian horse racing calendar encompasses numerous horse racing events all around the country. Though the Spring Racing Carnival is one of Australia’s major sporting events, there are plenty of other races throughout the year that yield a lot of interest for horse racing fans to quench their thirst in the lead-up to the ultimate race being the Melbourne Cup which is held annually at Flemington Racecourse.

The Birdsville Racing Track which is host to the Birdsville races has been a popular horse racing venue since its inception in 1882. If you find yourself in outback Australia during race time it is well worth checking this event out. A surprising amount of people come from far and wide to watch the races for some, it is an annual tradition. Like most of the horse racing events in Australia, the Birdsville Races is a time for fashion, glamour, food and drink which may seem unlikely in the rural outback. Birdsville is not only known for the races, it is also a popular Australian tourism destination for those exploring the outback.

Part of the horse racing calendar in Australia includes the Morphettville races which have been host to many events over the years since its inception in 1873. Morphettville racing takes place at the Morphettville Racecourse in South Australia and is located just 10 kilometres south-west of Adelaide. The Adelaide Cup is one of the major events that takes place at Morphettville in addition to the sixteen other races that are run throughout the year including the Lord Reims Stakes and the Yallambee Classic, both of which are run in March. If you are in Adelaide in March and a keen horse racing aficionado then taking a look at races likes these may be worth your while.

One of the great things about the Hanging Rock Races, besides the race itself, is what one could describe as an almost picturesque tranquillity which can sum up how rural races in Australia should be seen. These races have been run since 1886 and have been held annually since then on both New Year’s Day and Australia Day. These events attract over 4000 people and continue to draw in more and more punters every year. For a unique way to celebrate two of Australia’s most iconic days, a visit to the Hanging Rock Races should be closely considered.

This is comparatively one of the lesser-known horse racing events in Australia compared to the likes of the Oaks Day or Melbourne Cup Day but by no means is it any less exciting. Situated at the Wagga Wagga Racecourse, known to be one of the most famous rural racecourses in Australia, the Wagga Cup Carnival is country Australia at its finest. If you can get there, be it during a road trip or simply passing through, it is one of the places you should see that will give you some great memories that you can share with people back at home.

Every horse racing event is a sight to behold and no matter where you go in Australia to experience these races there is always an exciting and magical atmosphere to be experienced. Australian horse racing is truly one of the many things to witness if you travel to the land down under.

5 Minor Changes That Can Help the Environment

Classic Chick Flicks That Would Make You Fall in Love Again

Top LinkedIn Sales Mistakes that Will Cost Your Next Business Appointment

How To Play PC Games – A Games-lol Beginner Guide

Sharing is Everything: What’s the pick inside it for digital natives?

How to Find Your Favorite Baseball Cards?