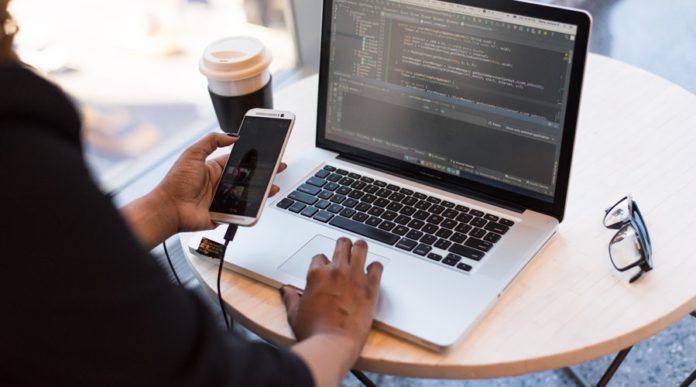 The internet has grown exponentially in the past 20 years. In the modern era, almost every individual has internet access, and a massive percentage of people are using the internet every day. You see several websites and web applications nowadays and browse as well, and this is all because of web development. Web development is becoming one of the most highest-paid and attractive job profiles nowadays.

In this article, you will get to know what a web developer is, types of web developers and the roles and responsibilities of a Web Developer.

What is a Web Developer?

A web developer is a multi-skilled programmer who takes a web design from the web designer or client and turns it into a website. It is done by writing codes in several languages like HTML, CSS, PHP, C#. The websites use HTML, CSS in clients and Java, PHP, ASP.NET on the server, and HTTP to establish a communication between the server and client.

A web developer is a specialist in developing applications relating to the World Wide Web (www) using client and server. The applications use HTML, CSS in clients and Java, PHP, ASP.NET on the server, and HTTP to establish a communication between the server and client.

A web developer role is quite difficult and is usually concerned with the programming part and server-side of creating a website; it takes a lot of effort, time and also requires a knowledge of various programming languages, including HTML, CSS, JavaScript. As a web developer, you also need to have an in-depth understanding of server-side framework including Python, Ruby, Java, PHP, ASP.NET, and how to implement those. They also need to be experienced in database systems such as Oracle and SQL. There are different types of web developers who specialize in different areas and handle a specific role in developing a website.

You must be thinking, “what does a web developer do?”, but unfortunately there’s no simple answer as the role doesn’t limit to one aspect. There are different types of web developers, and each one focuses on a different aspect while creating a website or web application.

There are majorly three types of web developers:

A front-end developer must have in-depth knowledge and understanding of programming languages like – CSS, HTML, and JavaScript. CSS helps the developer in changing colors, font, size. Through HTML, developers can add content on the website, including headings, tables, and paragraphs. While JavaScript allows the developer to add interactive push buttons like push now, click here and join now.

As the name indicates, back-end developers handle the back-end part of the website that constitutes of servers & database, creating an application that supports front-end. As a front-end developer, they also need to create codes that are clean and efficient and execute the codes in the quickest.

Also, website speed is a significant concern, and it is a huge factor taken care of while developing back-end. Back-end developer uses several server languages like – Java, Python, PHP, and Ruby to create complicated programs. A back-end developer needs to be flexible with multiple programming languages, as different websites have different requirements. They also need to be very handy with database systems, including SQL and Oracle.

A full-stack developer is one who has the knowledge and understanding of both front-end and back-end processes and strategies. Being a full-stack developer, you will be able to create effective and efficient programs for all parts of a website, and you can create a website on your own, handling the user interface as well as the servers and database.

Full-stack developers are likely to be paid more than Front-End and Back-End Developers as they are capable of overseeing the entire process.

Roles & Responsibilities of a Web Developer

I believe after reading this article; you must have understood what a web developer is, what are their roles and responsibilities and the different types of web developers.

The Spectacle of a Sikh Wedding

Create A Marketplace Platform: How To Do It Right In 2021

5 Essential Things You Must Do to Be a Lawyer

Whipped Cash: What is the Average Payout for Whiplash?

How to Select a Hairstyle That Flatters Your Face Shape?

How to Develop On-Demand Delivery App?

The Most Popular Back-End Frameworks for Web Development