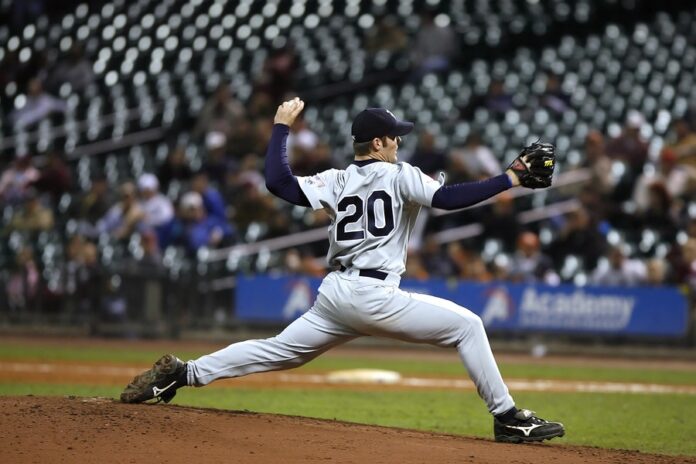 Baseball pants and tie dye t shirts may seem like they have nothing in common. But actually, they do. They are maybe the best examples of a clothing element that was adopted and adapted from another social context to current society. That’s why people all over the world want to wear this type of clothes.

When Were Baseball Pants Invented and First Introduced?

Uniforms have always captured the imagination of many. It is a very simple way of showing allegiance and belonging to a team, a movement or simply an idea. It is also a great way of showing off creativity, using logos, prints and other decorative tools. There’s no wonder why baseball uniforms became so vastly popular so quickly. They are used mainly by the players, but you can see a lot of people adapting elements of these uniforms to their everyday lives in order to show their support for their favorites, or just because the elements themselves are very functional.

Baseball pants, for instance, are such an element that was adapted to regular life after being introduced to the sport. They were first introduced to the diamond as basic pants, because that’s what they were. There was nothing special about them. They were normal, baggy, loose fitting pants. But that changed along with the game. As the game and players evolved so did their uniforms. And that included the pants. They became more tight fitting, so as to reduce drag when players would have to run from one base to another. Also, that helped with sliding and even with pitching.

Another major change the baseball pants saw over the years was their length. Although there isn’t necessarily a standard length in the league, most teams used to have pants that ended just above the ankle, leaving just enough space for the socks to show. Over time, that length was abandoned, and the pants started ending right beneath the knee. That’s because athletic wear producers thought that shorter pants and longer socks were a winning combination for teams looking to be faster on the diamond. They were right. The fashion caught on and shortly almost every team in the league adopted the style. Nowadays, each player can choose what kind of pants they want to wear during a game. From full length ones to the short ones, they are all created to suit their needs as best as possible.

Baseball pants have a lot going for them. They are specifically designed to closely hug the body and make it have less drag when running or walking. Bu they are also very stylish. They have some very nice, straight, classic lines that makes the material drape the body in a very classy way. That’s why they are so easily adaptable to everyday wear. These pants can be worn in almost any social circumstances. That’s because they do not necessarily look like an athletic uniform. Sure, the shorter ones may be harder to pull off during a business lunch, but you can surely wear them to a more casual setting, like a beach bar or when hanging out in the park.

Another great advantage baseball pants have that makes them so popular with different people is that they are “built” to last. The materials used in them are usually very resistant and breathable. That’s because, usually, sportswear is made to protect the body and let it breath at the same time. So, you don’t have to worry about these pants letting you down very soon. They are perfect for people with an active lifestyle or that have to do a lot of chores that involve physical activity. They are very low maintenance so you don’t have to be gentle with them.

A lot of people may associate the tie dye t shirts with the hippie era and the ‘60s in general. Although that was one of their first moments of glory on the fashion scene, tie dye clothing has been around for centuries. Dyeing clothes using various naturally obtained colors was a very popular thing back in Ancient China and Japan. There are written records of people using natural dyes to decorate their clothes and to paint them in various patterns. The Indians of the time had a process that was very similar to the one used by hippies. It is called Bandhani and it used ropes in order to tie the clothes in various patterns before dyeing them.

Tie dye t shirts first saw a booming popularity in the United States during the period known as “The roaring ‘20s”. They remained fashionable during the Great Depression, they were a simple way of wearing something colorful in a time dominated by bleakness. During the hippie period, they really took off, as the people then saw tie dyeing as a form of doing art that was very accessible and also wearable. The shirt and techniques never actually went away, their popularity fluctuating over time, alternating periods of great popularity with those of ignorance.

How Hard Is It to Make Tie Dye T-Shirts?

A lot of people choose to make their own tie dye t shirts and other clothing because it is a fairly easy process. There are only a few steps to it and you can’t really mess it up. All you have to do is pick out the clothing you want to dye and tie it in a pattern. After that, you simply dissolve the paint in water and add it to the different areas of the pattern resulted from tying the clothes. Then you just give it some time for the cloth to soak up the paint and you’re done. You can untie the shirt and wear it.

But making tie dye t shirts can prove to be messy for some. You have to have a special area to do it so you don’t get paint all over the rest of the house. Also, picking the colors you want to use may be tricky, especially if you are not really artistically inclined. Bad quality paints can mean that the colors will run as soon as you start sweating in the shirt or when you first wash it. So the better option is to simply go down to your wholesale clothes store and pick up some already tie dyed shirts. You can find a lot of patterns and designs that you will definitely love. Also, you can go online and shop for them. There are a lot of stores that have them and that will deliver them to your doorstep.

They usually are. At least, those bought from a store usually are. That’s because they are done using high-quality dyes on very good materials. But even if they do run, remember that you can always do another pattern on them. This kind of art is made usually in order to be enjoyed for a while and then replaced by another.

The 3 Most Common Mistakes To Avoid When Playing Fantasy Sports

Five Tips for Moms to Buy the Perfect Kid-friendly Carpets

The Best Drug Rehab : Important Things You Need to Know

The Top 5 Reasons To Use WordPress Web Development To Boost...

Advice on What to Look for in a Rehab Facility Center

Why You Should Buy a Dualtron Storm

Top Tips for Launching a New Product or Service