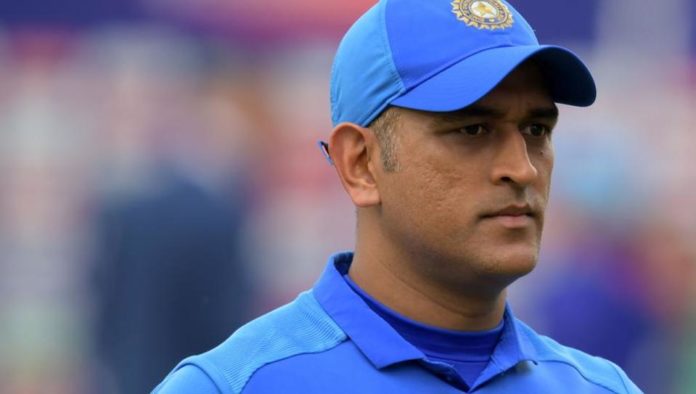 MS Dhoni, the most successful Indian captain ever has been away from any form of international cricket since July of last year. His last match was against New Zealand in the 2019 ICC World Cup in which the Indian team lost by 18 runs. MS Dhoni hasn’t said a lot about his future during the whole duration of his self imposed hiatus from cricket. At 38 years old, there is no denying that Dhoni is in the twilight days of his career and may never play another match for the national team. But a lot of people believe that maybe MS Dhoni would want to play the 2020 ICC Twenty20 World Cup before drawing the curtains on a splendid career.

The IPL 2020 Schedule will run from 29 March 2020 to 24 May 2020. Dhoni’s Chennai Super Kings will play in the season opener against Mumbai Indians at the Wankhede stadium. A lot of the star players of the team from Chennai are back in the town. The players are training in the MA Chidambaram Stadium in Chepauk.

MS Dhoni is also part of the proceedings at the MA Chidambaram stadium. Joining him are players like Suresh Raina, Ambati Raidu and the new addition to the team, Piyush Chawla. Dhoni’s return to cricket has been the highlight of the early season camp of Chennai Super Kings. He is expected to carry the team to the IPL trophy and also finish as high as possible in the IPL Points Table.

This IPL season is very crucial as far as MS Dhoni’s cricketing future and his chances of playing the upcoming Twenty20 World Cup is concerned. Over the years, Dhoni has made his name as a finisher of the game. But there has been some occasions when he has come up the order, most famously, the 2011 ICC World Cup final. With a lot at stake in this IPL season, MS Dhoni can be expected to try some experiments concerning his batting positions.

Over the last few years, Dhoni has been criticized for his inability to hit the ball from the get-go. Dhoni’’s philosophy of taking the game to the last overs has recently not worked well for him. Whenever Dhoni has come up the order, it has worked more often than not. With his batting style needing more time to get acclimatized to the conditions now than before, coming up the order may be vital to help MS Dhoni extend his cricketing career. It will help him play under relatively less pressure and more freedom. Early in his career, Dhoni wasn’t doing well down the order and was promoted to the top of the order by the then captain, Saurav Ganguly. While batting up the order, Dhoni came up with match-winning performances which helped him cement his place in the national side. Maybe that’s what he needs to do when he is on the other end of his career spectrum. Whether Dhoni and the team management will go with this option will only be cleared when the tournament starts. Whatever happens, there is no denying that this IPL will be one of the most consequential tournaments of Dhoni’s career.

How To Start a Collection Agency

How Engagement Rings For Men Can Be Stylish

Luxury Bathrooms are Now Within Your Grasp!

Easy and Affordable Ways to Give Your Garden a Make-Over

7 Tips for Healthy Feet: Here are the Diabetic Shoes in...

Steps to Do Homework When You Don’t Want To