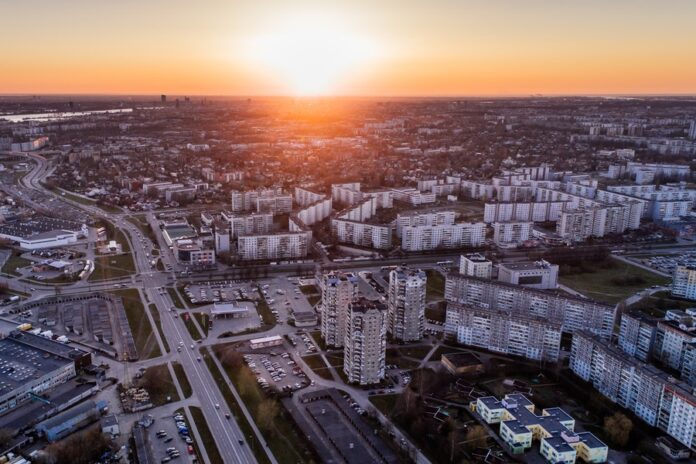 As a real estate investor, you know the market is constantly changing. World events, market fluctuations, or weather changes can lead people to new places, and it’s critical to keep your eye on cities with affordable real estate that could go up in the future.

We’re looking at the top 10 cities for real estate investment in this post. So without further ado, let’s begin.

Real estate in Fort Lauderdale is hot right now, and for a good reason: the home prices.

If you’re a renter, the price can be pricey, with the average price being over $2,100 monthly. However, home prices are moderate, with a median value of $318K.

With so many moving to Florida, Ft. Lauderdale will be one city they look to, with home prices expected to increase steadily in the upcoming years. There are two reasons for this. First, the job market in Ft. Lauderdale is booming, and the other is that Ft. Lauderdale lacks dry land for new builders to develop on, meaning that homes will soon be valuable. So take advantage while you still can.

Alongside Florida, Texas is a state where many are migrating. Therefore, it makes sense to look there. In addition, with Texas being a large state with many deserts, one must look to the major cities, and Dallas is a city that fits the bill.

Dallas is a growing city, with the population expecting to double sometime in the next few decades. However, the properties there are still relatively low, with the median home under $300K. As an investor, everything is indeed bigger in Texas.

Atlanta is the central hub of the Peach State and has seen steady growth in the past few years. By 2030, the population is expected to increase by 2 million.

The housing market is a bit more expensive, with median prices going a bit under $400K. However, the rental market is lower, with the median price being $1,500 monthly, and because of this, investing in rental properties could be a smart move.

Charlotte has experienced a growth of over 26% since its 2010 census, and Queen City is seeing no signs of slowing down. It’s home to over 10 Fortune 1000 companies, and it’s home to many higher learning institutes. Many come to Charlotte for different reasons, including career choices.

The price for a home is a median of $345K, with rent costing $1,433 monthly. Despite rent being cheaper than other places, it did increase 19% compared to last year, so this market might be something you’ll want to consider.

Colorado is a state that has seen consistent growth, and while the number has gone down a bit, it’s still a state many people flock to when they want to move. With its gorgeous mountains, cooler weather, legal cannabis, and outdoor activities, we don’t expect it to lose popularity any time soon.

One Colorado city to look to is Colorado Springs. Located about an hour away from Denver, Colorado Springs combines affordability, city life, mild weather, a growing job market, and great outdoors. The rent is an average of about $1,600 monthly, and the home price is approximately $320K.

Because of these conditions, many are moving to Colorado Springs, ranked by U.S. News & World Report is one of the most desirable places to live.

Washington is another city many are flocking to for similar reasons as Colorado. It has gorgeous mountains, cooler weather, legal cannabis, and it’s home to many job opportunities. So when eyeing Washington, instead of looking to Seattle, look to Spokane.

While Spokane is not as big as Seattle, it’s still a gorgeous city with over 80 parks. It also has a mixed economy of mining and technology. The median home price is around $394K, with rent going at an average of $1,295 monthly and rising.

Sin City might be surprising on this list, as you would think that it would be expensive to purchase real estate there. However, Vegas’s real estate market is no gamble but instead based on some cold hard facts.

Vegas is more than only gambling, with tech, health, and hospitality industries being large. In addition, the growing job market has brought a population increase of nearly 15% since 2010, with a lack of a state tax certainly helping.

The median home price is about $399K, with a median rent price slightly under $1,200. While relatively affordable, this is a 9% increase from the year before.

Arizona is another state people flock to due to its increased economy, affordable housing, and culture. Like Texas, many want to live in the cities in Arizona due to its desert climate. Because of this, Phoenix is as hot as a summer’s day there in the housing market.

While Ohio has a slow growth rate, Columbus has seen a boom in growth. Its economy, consistent weather, lower cost of living, and higher education facilities bring many there.

For home buyers, real estate is famously affordable. For example, a home has a median worth of $174K, with rent averaging $1,250 monthly. We see homes growing even more as people find this gem of a city, so we recommend looking into it ASAP.

Finally, we have Salt Lake City. From 2021, the population grew by nearly 60K, and we expect this growth trend to continue. Many people move to Utah for its natural beauty, low taxes, and some enjoy it for its religious culture.

Salt Lake City’s appeal is that it has a growing job market and an expanding real estate market. Currently, rent is around $1,200 on average, with a median home price of approximately $359K.

9 Reasons Business Owners Should Get Commercial Property Insurance In Stratford

Should You Pay Off Your Mortgage Early?

Cheap Unmanaged VPS, How It Can Support You

What is the Process of Transferring an already Existing Gold Loan...

Why You Should Use Videos For Promoting Business

The Five Stages of An Injury Lawsuit: What to Expect When...

An In-depth Look into Running a Cashless Restaurant Business

10 Tips For Choosing The Safest SUV

5 Tools You Can Use to Help With Your Investments

Top 5 Tips for Getting Started in UK Property Investment

The Homebuyer’s Wishlist: Top Features and Amenities Every Homebuyer Wants