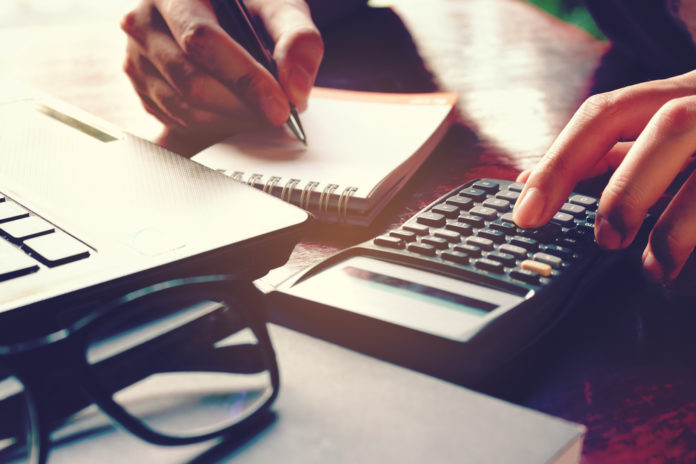 Solving arithmetic problems could be pretty easy, especially when you have basic math knowledge. However, when math specializations come into the picture, how will you be able to predict, for instance, the exact curve of a function using only a pen, paper, and your mind, in less than a minute?

Back in the ancient times, before the Hindu-Arabic numeral system was established, a calculating tool known as the abacus was used. This counting frame is characterized by beads manipulated by the fingers to perform simple addition, subtraction, multiplication, division, and extraction of square roots and cubic roots. When 1642 came, the first true calculator was invented by Blaise Pascal, which performed simple calculations with a mechanism resembling a clockwork.

Solving mathematical problems has been a lot easier since a compact computer, in the form of calculators, have existed. Calculators have had their fair share of evolving history, and, today, they come in three main types – basic, scientific, and graphing. Among these three, graphing calculators seem to top the list for the most number of functions and uses. You can also find a number of tools available online such as a derivatives calculator, matrix calculators, among others.

Graphing Calculators: What Are They?

Graphing Calculator: How Is It Used In Different Fields?

Graphing calculators show more of their abilities once you start using them in different disciplines for which they’re created. Some of these advanced disciplines might not ring a bell to you now, but, sooner or later, you’re going to encounter them once you further your math studies.

While trigonometry is usually an elective or optional subject for middle schoolers, using graphing calculators for trigonometry can be entirely useful for people who pursue higher mathematics, as well as for professionals like chemists, architects, statisticians, software developers, and more. In short, trigonometry is an essential subject in many careers due to its innovative real-life applications. Trigonometry focuses on triangles and its angles and dimensions. It might sound like a simple discipline that revolves around these three-sided figures, yet it’s used in many foundations of engineering, architecture, and other related fields.

Statistics is an essential field in mathematics, dealing with collecting, analyzing, interpreting, and presenting various forms of data. Without statistical techniques, data analysis would take longer time to do. With the help of graphing calculators, you can analyze and interpret data and arrive at your desired results in an instant.

Here’s how graphing calculators can be used in  statistics:

Scientific calculators probably have all the functions and features that you’re going to need in a typical stats class, yet graphing calculators can make your life easier due to their advanced functions.

Unlike trigonometry, which only deals with triangles, geometry is a sub-branch of mathematics that generally encompasses both two-dimensional and three-dimensional shapes and everything about them. Geometry contributes in people’s daily lives in such a way that it helps them to know how much resources are needed in order to meet daily demands, how to minimize or maximize them, how to measure these resources according to what’s needed, and  to turn visual imaginations into reality.

There are also numerous ways on how graphing calculators can be used in geometry. Whether you’re dealing with geometry classes next semester or pursuing a geometry-related studies, here are ways on how you can use your calculating tool:

Since geometry has more to do with spatial and visual interpretations, it has numerous real-life applications used in architecture, art, anthropology, and technology. Graphing calculators are great tools for designing plans, blueprints, and software by applying the principles of transformations and related concepts.

A broad selection of engineering applications can be performed through the following functions of graphing calculators:

Business and finance are two essential components that work hand in hand to make today’s world revolve sustainably. The two make sure that markets have enough funds to operate and invest, and, at the same time, ensure that every venture is running smoothly and efficiently through playing with funds.

Below are surprising ways on how graphing calculators can be used in finance, despite the fact that graphs and money seemingly don’t have anything to do with each other:

Graphing calculators allow students and professionals alike to combine multiple financial calculating tools into one powerful portable computer. Even if you don’t have access to data connection or Wi-Fi, you still can solve financial problems in an instant with the help of  graphing calculators.

As mentioned in the first part, a unique feature of graphing calculators that sets them apart from basic and scientific calculators is its ability to become programmable, meaning the user can write and store programs in them, and use those programs anytime for solving problems or to run complex procedures. If you’re merely starting with computer programming, the best thing to do is to immerse yourself into calculator programming with the help of graphing calculators.

Graphing calculators possess features that are beneficial when traversing the path of mathematics and its various branches, such as trigonometry, geometry, and even in the fields of engineering, finance, and computer programming. Their amazing functionality lets students and professionals perform various mathematical equations and processes without even breaking a sweat. However, graphing calculators available in the market today aren’t created equal, so expect that some of them will have variations in functions and buttons.

Because of hand-held graphing calculators, anyone can make numerous possibilities even without the presence of a computer, anytime and anywhere.

Tips for Successfully Building Your Business

5 DIY Beauty Products You Can Make At Home

How Can a Professional Plumber Solve Sewer Line Repairs?

What Is Entrepreneurial Marketing?