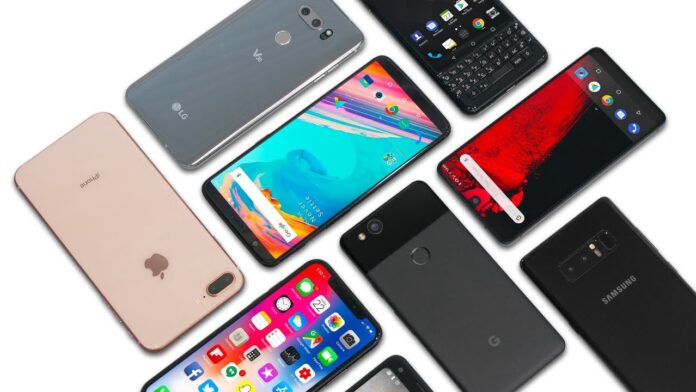 When we look at the smartphone industry today, we understand why consumers might have to second guess themselves while buying a new phone. While the problem a few years ago was the lack of adequate options at a price point, today, we are inundated with options. Multiple brands are now competing for a handful of spots, with brands like Xiaomi, Samsung, OPPO, Realme, and Vivo already establishing their dominance in the Indian smartphone industry.

While the five brands mentioned above are some of the best mobile brands in India, we still have other OEMs like LG, OnePlus, and Motorola that are still a part of the conversation. Thus, when someone thinks about purchasing a new smartphone, it becomes almost impossible to zero in on a smartphone model that one can say is indubitably the best smartphone model that is offered at that particular price point.

But why do we have such intense competition in the smartphone market? Here are a couple of points that can shed more light on this matter.

When we talk only about the numbers, India is currently the second largest smartphone market in the world, and is only behind China. Today, we have over half a billion smartphone users in the country, a number which is expected to reach 820 million by 2022. India recently overtook the United States, which gives you an idea about the market potential. Smartphone brands, understandably, want to make large profits by catering to this ever-expanding market.

This has resulted in a large influx of Chinese OEMs, along with other international brands. Brands like Xiaomi and Apple have also established manufacturing units in the country. Xiaomi’s willingness to go the extra mile has resulted in the Chinese brand firmly establishing its dominance in the Indian smartphone market.

Another factor is the expanding budget and mid-range segments in the country. Most of the smartphone users in the country belong to both these segments, and with more consumers now being touted to move to the mid-range consumer segment, smartphone brands can now expect even more profits to be made in the Indian market.

For instance, Xiaomi initially prioritized the budget segment, and that was what made the brand one of the best mobile brands in India. The Chinese OEM then turned its attention to the mid-range segment, and now offers excellent phones with impressive features. Soon, we might even see the likes of Apple and OnePlus transition down the segment ladder and offer more affordable smartphones to the consumers.

With so many brands offering smartphone models in the same segment, it is important to get an edge, and brands do that through competitive pricing. For instance, we have many mobiles under 10000 INR with almost all of them providing the same features. This would mean consumers would go for the smartphone that is most affordably priced. In turn, other brands would also lower the prices, which only adds fuel to the fire, and intensifies the competition.

Employee-Friendly Amenities to Consider When Looking to Rent a Del Mar...

The Benefits of Recycling Scrap Metals & The Potential To Earn...

The Secrets Behind Scaling Your Globe Valves Business

Insights That Will Guide You to Getting Great Deals While Online...

4 Things to Keep In Mind While Choosing the Small Business...

How to Be Successful in Your Sales Career