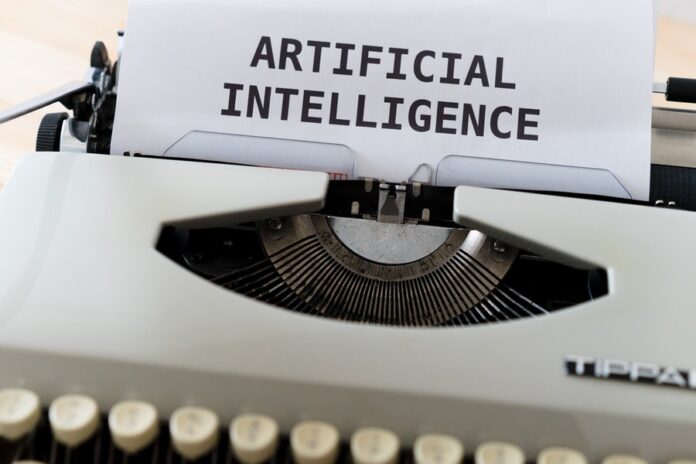 Artificial Intelligence unfolds the popular point of relating the imagined state of robotics for functioning amazing things in real-time.

Whether it is about movies or managing assets, AI can perform all such tasks in a truly amazing manner.

This is the reason that artificial intelligence has successfully been able to replace human intelligence up to some extent and opened the gates of the implementation of non-renewable resources in an effective manner.

Reasons that clearly state that AI can replace human intelligence

As per the Grandview search report AI and its associated segments – Machine Learning, Natural Language Processing, and Image Processing – will smartly capture a compounded growth rate of more than 42 percent.

However, the period is from 2020 to 2027 yet the seeds of this technology have been planted in the first decade of the twenty-first century – 1 Jan 2001 – as per the Anno Domini era.

The way AI has revolutionized the industry is depicted in this illustration. For further details of this picture, you can go through the following web URL.

The importance of filling the applications – if one needs to know – can only be told by the payroll administration.

There are thousands of empty positions that remain vacant when someone is willing to start his/her own company.

Henceforth it becomes mandatory for the administrators to use such a tool that can replace human intelligence.

With the help of tools like chatbots that somewhere inculcate ML and NLP algorithms in their use-cases, the administration can improvise themselves in terms of both – time (approximately 23 hours per hiring) and money.

b) Crafting productivity with an increased retention rate

Previous studies have clearly shown that more than thirty percent of students who enroll themselves for a three, four, or five-year graduation program fail to retain their studies.

The reasons can be countless – financial issues, choosing the program under pressure, and so on. Here the institutions struggle a lot with such poor retention rates.

Undoubtedly Artificial intelligence can help them and replace human intelligence up to some extent with its predictive analysis feature.

From estimating the applicants’ demographics to analyzing the performance in competitive exams and grades at times of schooling, colleges can craft well whether or not the enrolled applicant will be able to survive or not – during the tenure.

All this can be also be done via data analysis that might help them with an increased retention rate of the applications and enhanced productivity in terms of placements and grades.

With the three levels of intelligence – assisted, augmented, and autonomous – it becomes reliable for the employees to engage well with their senior members and fellow ones.

Such a platform offered by AI can not only replace human intelligence somewhere but also ensures the establishment of a streamlined platform where different metrics of management can be discussed and implemented with the speedy feedbacks of AI tools.

Simplifying the trends and strengthening the communication across verticals is tailored well by the qualitative and quantitative analysis of Artificial Intelligence.

Therefore, companies are investing hefty amounts of money onto such platforms so that workforce can be managed in such a manner that employees may not be prejudiced against each other and communicate well with utmost fairness and transparency.

Besides, fellow employees – if feel non-biased – will automatically contribute a token of engagement when companies plan to implement business strategies in peak seasons.

All this boosts the grounds of response in a much positive manner as relations are strengthened based on equality and transparency.

The sole purpose of aligning the resources into the rewards program is that employees recognize their worth and not consider themselves useless.

On the contrary non-monetary rewards consists of perks related to customer-centricity, letter of recommendation, performance certificates, and some beneficial variables.

With the tools of AI, it becomes much simpler to execute the rewards program across 180 countries and replace human intelligence as per the trends followed by the global markets in real-time.

Whether it is about estimating the stocks or analyzing the trends the 2020 market follows, Artificial Intelligence flips the coin.

The integrations announced by decision-making tools – Cafe, Keras, Pybrain, and so on – encompasses other parameters of analytics so that the top-notch entrepreneurs can collectively derive fruitful results with lesser investment in data storage.

Furthermore, individuals working in business process industries need not worry much as the loopholes in operations are intelligently replaced with profit-oriented strategies.

Such strategies help the employers get rid of long-term stresses as the analytics shouts out loud by automating multiple and repetitive inputs.

This creates confidence as the analytical tools have been able to replace human intelligence with certain factors that identify and execute the patterns that human analysis fails to recognize significantly.

Can AI completely replace the existence of humans?

Artificial Intelligence is such a vast ocean for those who fail to understand the ability of machines – reducing human efforts.

Furthermore, the factors discussed in this article are solely capable of explaining the reasons onto which business tycoons and other financial experts proudly believe that AI and its embedded add-ons can replace human intelligence.

Besides, there is a negative side of Artificial Intelligence too that experts have been trying to speak out openly.

This makes the topic still debatable as to when can someone rely completely on AI and expect the utmost growth in terms of finance, flexibility, and rewards that holds premium space in everyone’s life.

6 Ways Businesses Can Benefit From Editing And Proofreading Services

5 Niche Markets Expected to Take Off in 2021

Why You Need A Professional Appliance Repair Service

How Estate Planning can Protect Yourself and Your Family

How to Choose the Best Multi-Vitamins

Can You Imagine The Suitable System for Cyber Security?