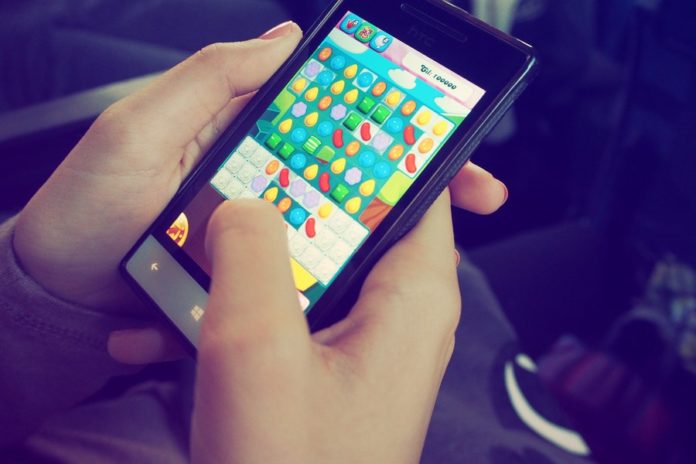 For many of us, it has become common to play games on smartphones. Wherever we want to spend our free time or relax, you can just open one of your favorite games and start playing. However, it is much more fun to play or compete with your friends.

There are many multiplayer Android games where you can fight with friends, or Vice versa, create a team with them to challenge others. If you are looking for the best multiplayer Android games, then here you will find a list of such games that work over the Internet, Wi-Fi, or Bluetooth connection. All of them can be downloaded to your Android phone or tablet. Read more about Android mobile games on androidappsforme.

Brawl Stars is a popular mobile game in the MOBA genre. The gameplay is simple: in a cooperative of three people, you need to defeat the team of other opponents. They can be both live people and the computer. In total, there are more than 30 fighters, each of whom has unique skills and abilities.

Cartoon style, simple and clear gameplay, many modes, fervent music, regular updates – these are what makes the project so special and massive! The developers from Finland have tried their best.

Tired of Hearthstone? Sorry about the donation money? Then go straight to Shadowverse! This is a collection card game from the generous developers of Cygames. These are the ones who created the popular browser game Granblue, where more than 25 million players are registered.

The first thing that catches your eye is stylistics. Here the fans of anime will be delighted. All images are made by professionals, and the characters are voiced by famous Japanese Seiya. The mechanics are similar to Hearthstone. The main difference of gameplay is the system of evolution: several times during the battle you can improve any card, giving it special properties (depends on the card itself).

Cygames Japanese company is famous for its unprecedented generosity in almost all of its projects. Free chips come in literally without stopping, with or without reason.

Another part of the funniest racing arcade on mobile devices. The graphics are phenomenal, and the gameplay is addictive without any chances. Asphalt 9 has everything: more than 800 tracks, multiplayer mode, tournaments, and, of course, luxury cars.

Gameloft released a dynamic and technological arcade game for those who are tired of low quality in modern racing. The level of play is so high that it even appeared on the Nintendo Switch.

The Mortal Kombat series is one of the most famous representatives in the fighting genre. As in any other part of MK, there is a lot of blood and other embodiments of the authors’ fantasies.

The game is filled not only with fights but also with familiar elements of mobile projects: you need to pump the characters, collect currency, and to discover new heroes in time.

But what is more important is the gameplay. Your team consists of 3 fighters, each of them has their own fighting style, techniques, and superstrike. Mortal Kombat Mobile looks simple and uncomplicated. But that’s what makes it so addictive.

This is a real mobile game in the genre of MOBA. Unless it is more simplified if you compare it with other similar projects. Each player has three structures – they must be protected from the enemy. The road to them consists of two lines, for the control of which the battle is conducted. It is enough to put the squad in the right place, and the rest for you will make a computer.

You can assign up to 8 units or spells to a battle (and even more in some modes!). First, you are given the most basic, weakest ones. Stronger ones are opened for real money or overtime when you start to progress. All this depends on your luck. It’s all a bit like a card system. The only difference is that here you can raise your cards. But in reality, you’re unlikely to make it far without an infusion of money.

Clash Royale – a simple, but qualitatively made game. Supercell studio has taken the popular formula and brought it to perfection: pleasant design, clear gameplay, and continuous progress.

A project that has changed the perception of card collection games forever. According to relatively recent statistics, the number of players has already exceeded 100 million.

The fundamentals of gameplay are quite simple: each player has 30 health points, 10 crystals to use cards, and a deck of 30 cards. Lower your opponent’s health to zero and the match is won. It sounds simple, but in reality, it is much more complicated.

Each card and hero has its own characteristics, abilities. And Blizzard adds new mechanics every few months. Over time, it came to unique modes, such as scuffles and story campaigns. But there is also a disadvantage – the difficulty of collecting all the cards without injecting real money. Hearthstone is particularly ruthless in this aspect.

As for the mobile version, it is no different from the desktop one. All progress is saved on one account, and you can play with real people regardless of the platform.

PUBG Mobile has all the familiar constants: skydiving, a narrowing map, loot, and, of course, the goal of being the last survivor. The main differences from Fortnite are not so much – PUBG has a more serious graphic style and you can’t erect buildings.

Nothing special, it would seem, but a number of gamers prefer the mobile version of the game rather than the desktop one. The system of levels makes the progress more pleasant and satisfactory.

Unlike the mobile version of Fortnite, you won’t have to fight with your opponents who play PC and Xbox. This means that your opponent will not have the advantage of a keyboard with a mouse. PUBG Mobile is just a more casual and convenient version of the full PlayerUnknown’s Battlegrounds.

The most popular series of shooters is now on your mobile! The project was developed by the famous company Tencent Games.

In a network battle, you participate in teams of 5 to 5. as a rule, the matchmaking system tries to select equal players: the difference is approximately 10 levels. Also, the developers separate those who play on the smartphone and those who play on the emulator. Maps are carefully balanced for certain types of weapons. In some locations, it will be effective to run as a stormtrooper; and somewhere-under the guise of a sniper. It remains only to discover the necessary murder weapon-either by honest labor, or by paying money.

Call of Duty: Mobile is created on the Unity engine and can be considered as one of the most technologically advanced and beautiful games on mobile platforms. Moreover, it is perfectly optimized. On the ultra-settings, it produces a picture that previously could not be seen on portable devices.

Minecraft has become nothing more than a phenomenon. Developed by Mojang studio, the game created a fan base of hundreds of thousands and instantly became an iconic classic. The so-called Classic Mode provides the player with an inventory full of blocks of different colors, textures, and densities. The player then uses these blocks to create everything he can imagine in the 3D world.

Minecraft Pocket Edition is essentially a mobile version of Minecraft Classic. The game has two modes: Survival and Creative. In the first, you start out like a starving man in an unknown world. The player has to survive the night: to find the food, to boil and upgrade the armor, not to be killed by monsters. You can explore creepy caves, destroy villages, and play with friends. The creative mode is much more peaceful – there is an unlimited number of blocks to create the dream world.

The sound is pure and rich. The graphics, although purposefully block-based, are well-drawn and unique.

Mircari – How To Grow Your Business Using It?

Get the Peppiest Chair Covers for Christmas and the coming Holiday...

5 Ways to Show Appreciation to Your Employees

The Trilby and the Fedora Hat – It’s Essential to Know...

Best 6 Free Apps That Will Transform Your Brand’s Performance

How to Make Any Event Successful

Characteristics of a Successful App