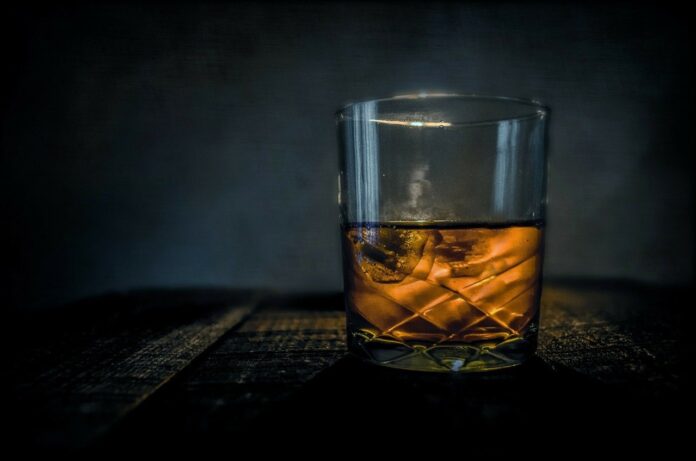 What starts from a few beers eventually escalates to a glass of old-fashioned and the soothing sound of a crackling fire. Indeed, very few people prefer hard liquors like rum or whiskey over other alcoholic drinks. However, those who acquire the taste for whiskey never ask for anything else. This is because whiskey isn’t just a drink, but it is a feeling or a mood!

Whether you are exhilarated or miserable, whiskey knows how to handle the situation for you. As soon as this amber fluid touches your lips, the magic starts happening. Generally, the whiskey audience can identify the notes and aftertaste of this liquor. However, despite being a passionate whiskey drinker, not all can advise you on what you should pick, bourbon or whiskey?

Choosing between bourbon and whiskey is in your hand. However, this article is to inform you about the basic differences between them. Besides, it will also mention some enlightening facts about both of these great liquors. So, let’s begin, shall we?

All bourbons are whiskeys, but not all whiskeys are bourbon.

The Origins of Whiskey

Whiskey is one of the most consumed spirits in the world. The distilleries making the finest whiskey are present in countries like Scotland, Canada, Japan, Ireland, and the United States. The origins of whiskey are a little foggy, as both Scottish and Irish claim whiskey to be their invention. According to common knowledge, the earliest written evidence states that the art of whiskey-making dates back to the late years of the 1400s.

Traditionally, whiskey crafters ferment a mash of grains like wheat, corn, barley, and rye and age them in wooden barrels. The method is still somewhat the same today. However, many distilleries design their methods to produce their signature spirits. For example, the Irish whiskey comes from malted barley matured in oak barrels for three years. On the other hand, American whiskey comes from wheat, rye, or corn.

The Origins of Bourbon

Bourbon is nothing but an American-made whiskey. However, not all American-whiskeys are Bourbon. It is one of the highest-selling liquor-making businesses of more than $4 billion in the U.S. in 2019, which is more than Irish whiskey and Canadian whiskey put together.

A true American Spirit, Bourbon does not just simply get its name. The spirit must meet precise standards to become a Bourbon. These standards mainly include:

Aging in charred oak barrels fuses vanillin in the bourbon. Besides, it contains a higher percentage of corn than traditional whisky. As a result, you experience a beautiful blend of notes like vanilla, caramel, spice, and dried fruits while sipping bourbons like weller antique 107. Although all states can legally produce this spirit, 95% of the bourbon comes from Kentucky.

The Difference between the Taste of Whisky and Bourbon

Knowing the flavor notes of the spirit improves the drinking experience. Besides, it also makes you a very efficient bartender. Once you familiarize yourself with whisky flavor profiles and their sources, you can select the perfect drink for you as well as make recommendations.

From fruity to rich caramel, whisky has a wide flavor range. The manufacturers play with the grain mixes to create a blend of flavor profiles. Along with grain mix, here are three more things that contribute to determining the flavor of whisky:

Unlike whiskey, bourbon had a particular flavor profile. According to the law, bourbon earns its status only if the makers use charred oak casks for aging. This means any other whiskey aged in any other type of casks will not be bourbon. Charring of barrels removes the impurities, which may result in off-flavors.

The wood of the casks comes from American white oak, which imparts beautiful notes of vanilla, cherry, and spice. The charring of casks leads to the incorporation of vanillin in the bourbon. The vanillin is being the toast and caramelized notes that linger long on your tongues. The vanillin is also responsible for the signature deep-amber color.

Furthermore, the size of the casks plays a crucial role in determining the intensity of the flavor. Smaller barrels contain the lesser spirit. As a result, they expose it more to the wood, which intensifies the flavors. Too much exposure to the wood may overwhelm the spirit destroying its flavor profile. That is why generally, manufacturers prefer bigger casks. They limit the exposure of the spirit to the wood and thus, preserve their flavors.

Bourbon made of other grains

Generally, bourbons contain the corn mash in larger quantities than any other grains. However, bourbons containing other grains are also available in the market. The ones having higher amounts of wheat have mellow and softer tones. But rye bourbon can be a good choice if you feel adventurous and try something with spicier notes.

Whisky or bourbon, both are spirits with a divine taste. So, there is no one best way to enjoy them. You can blend them into cocktails like old-fashioned or Manhattan from bourbon and whiskey sour and hot-toddy from whiskey. Now that you know the flavors of both these spirits, you can be a bit more playful and create your signature cocktail out of them.

If you are not a cocktail person, you can simply enjoy a glass of bourbon or whisky on the rocks. You can combine them with your favorite food.

The choice between whisky and bourbon will always be yours to make. However, if you are a spirit-enthusiast, who loves indulging in newer liquor experiences, you can go for these different types of bourbon. Exploring their flavor notes will be an incredible experience, which will only get better with time.

The Best Quality Seeds for Your Ranch or Ranchette

What are common Indicators of a Healthy Tree?

6 Ways to Improve the Aesthetic Appeal of Your House

7 Tips To Create A Strong Fence Around Your Property

Is Hanbok fashionable? A survey on today’s different perspectives on the...

How to Stay Prepared for the Unexpected Surprises of Parenthood

5 Positives and Negatives About Turning a Restaurant into a Food...