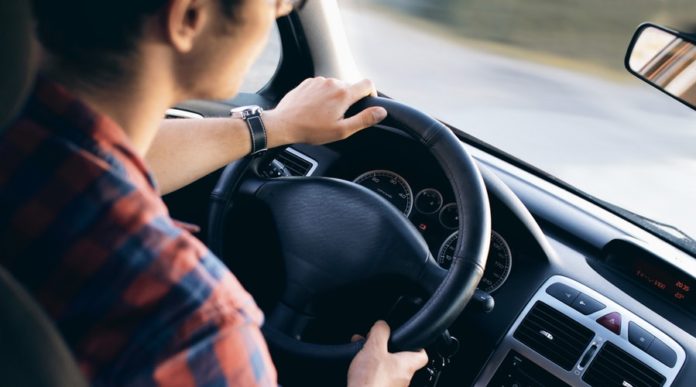 About a year ago, the MOT rules were given an overhaul. These changes mean that fails are now classed into two separate groups. Previously a fail was just a fail, and all other problems with the car were listed on the certificate as “advisories”.

There’s still a lot of information around online about the rules under the old test, and this could cause you considerable problems if your car fails its MOT and you drive it home. So here’s our definitive guide to the MOT, and what happens if you fail.

One possible scenario is that you either forget or don’t bother to take your car for a MOT in the first place. Although that’s not technically a fail as the car hasn’t been tested, the end result is the same. The DVLA database contains details of all cars on the road, and if you drive past a police car, the lack of MOT will be notified to the police. If you’re stopped, and you don’t have a valid MOT on your car, the penalty is a fixed fine of around £100. The only exception to this is when you have a pre-booked appointment for a MOT and you’re on the way there when stopped, but you’ll need proof of your reservation.

One of the new categories of fault on the MOT test is a minor fault. This is roughly equivalent to an advisory under the old system. A car which has a minor fault won’t fail its MOT. It’s just notification of something which you should keep your eye on, and which if left untreated will perhaps lead to a fail next time round. Don’t allow an over-enthusiastic mechanic pressurise you into addressing a minor fault right away. You have time to think about what you want to do and get your car repaired at a time which suits you best.

The first category of fault which does cause a fail is a major fault. This type of fault is classed as something which means your car doesn’t come up to standard, but doesn’t mean it’s unroadworthy. There are lots of items which fit into this category such as:

All of these are things which need to be fixed straight away but you have a couple of choices. Firstly, you could choose to allow the garage which performed the MOT test to do the repairs for you, and put it through a retest. This is certainly the easy option, but could be the expensive option too. You don’t have the opportunity to shop around to get a better deal on the repairs if you just give the testing centre the go-ahead to fix your car. However, as your car has not been found to be unroadworthy, you can just pay the test fee and drive your car off. Get the repairs done somewhere else, or even fix it yourself, and take it back to the original test centre for a re-test. If you get it fixed and return within 10 days, you’ll only pay a partial re-test fee rather than having to pay the whole test fee again. You are not committing an offence by driving at this time, as long as your previous MOT certificate hasn’t run out.

On the other hand, if your car fails on a dangerous fault then your options are more limited. A dangerous fault is one which affects how roadworthy your car is, and could be something like not having enough tread on the tyres or badly worn brake pads. A dangerous fault immediately invalidates any existing MOT certificate, even if your previous certificate hasn’t run out yet. A car recorded as having a dangerous fault can’t be driven on the public roads. If you do decide to drive your car away, you risk being fined by the police if you’re stopped. If the car has failed for something like worn tyres you could be fined for that too, and get points on your licence.

If the car is failed on a dangerous fault then you still have options. Discuss the fail with the garage which has performed the test and ask what they recommend. Usually they will be able to fix the fault and get your car up to the required standards, but this might take a few days, especially if parts need to be ordered. In extreme circumstances, if the cost of repairs way outweighs the value of the vehicle, the only option might be to think about scrapping the car and starting again.

As you’re not allowed to drive a car which has been classed as having a dangerous fault, your options for having it fixed elsewhere are more limited. You still have the right to take your car off to be fixed at another garage and then retested, but you will have to arrange a tow truck to take it away. The cost of this is usually more than the savings from using a cheaper garage for the repairs.

Nobody wants to be in the position of taking a car in for a MOT and then being hit with an unexpected bill for repairs. There are several things you can do to minimise the chances of this happening. Get your car serviced regularly, and if your previous MOT certificate lists minor faults, get someone to look at it in good time. Make sure you’re doing all of the routine checks like looking at tyre tread depth and oil level. If you spot a warning light on the dashboard don’t ignore it; get it checked out straight away. Similarly, if you hear an odd noise don’t just assume it’s something which will go away on its own.

Myths You Need to Stop Believing About Your Car

What are .Net Core Worker Services?

Top 5 Benefits of Hiring Forklifts for Your Business

How to Get Products Online at the Best Prices

PrestaShop SEO For 2023:The Ultimate Guide

The Homebuyer’s Wishlist: Top Features and Amenities Every Homebuyer Wants

10 Hazards of Motorcycling During Autumn

How to Calculate Your Car Insurance Premium?