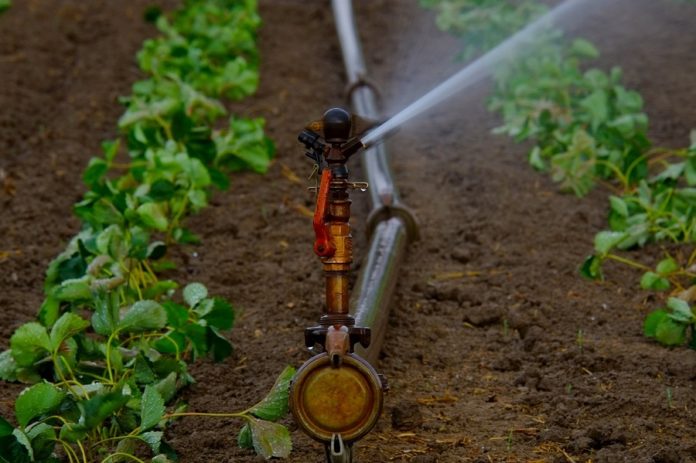 Crops need water for growth, and there are many types of irrigation used in different parts of the world. Irrigation techniques have undergone many stages of development to achieve efficiency and save water. The irrigation systems used today are much more efficient than they were decades ago.

These are the most common irrigation systems used in developed countries as they save a lot of water. Drip irrigation systems use drips to spray the water on the soil near the roots of crops. The roots readily absorb water from the soil, and no water is wasted by seeping deep in the ground. Moreover, the water is supplied for a limited amount of time to prevent wastage.

Sprinkler irrigation is another beautiful example of watering the crops with the help of sprinkler systems. The sprinklers spray water from above the crops so that the entire plants receive the water from leaves to roots. Sprinkler systems are of various types, and they look fantastic while running, but there is a risk of evaporation in windy areas. They are suitable only for the low wind areas; otherwise, they can lose a lot of water with evaporation.

In lateral move irrigation water is supplied using a series of pipes. These pipes have sprinklers that spray water on the crops and wheels that move the system of pipes. The entire system moves in a straight direction, and the main pipe connects to a source of water. However, farmers need to reconnect the primary hose after the system moves a certain distance. It is less expensive than others but requires more labor.

The center pivot system is another beautiful example of irrigation that farmers and landscapers use today. The system works the lateral moving system but moves in a circular movement rather than linear. However, the system is suitable only for plain areas and not in hilly locations. The center-pivot irrigation system is prevalent in the plain areas of the United States.

Many companies have come up with their mobile apps to help farmers with irrigation and related activities. One example of an irrigation management mobile app is FieldNET Mobile that enables landscape owners to control and monitor the irrigation equipment from their smartphone. Farmers can turn on and off the water supply to their crops and control the same as required.

Some irrigation managements can also tell the farmers how much water their crops need and alert them to turn off the system when the water in the soil becomes sufficient. Moreover, some companies are developing irrigation apps that can fetch data from local weather stations and tell whether your crops need watering or not.

The modern irrigation systems come with water flow meters that can measure the amount of water supplied to crops. Farmers use them to control the supply and prevent the wastage of water. They can also calculate the volume of water used to irrigate a field in time. Farmers can also discover the problems in irrigation system using the flow rate such as leaks and blockages in pipes.

Some organizations have also made drones for monitoring the irrigation of landscapes. The Association of unmanned vehicle systems has estimated that farms will account 80 percent of the commercial drone market. Drones for farming will come with thermal cameras that can detect leaks and tell if the plants are getting less or access to water. Although drones are not yet allowed for commercial use, farmers may use them for farming and irrigation soon.

These are some types of irrigation systems and equipment that landscape owners use for watering. Various types of motors like mono pumps, centrifugal and submersible pumps are used for irrigation. The irrigation systems 2019 are designed to save water and energy used in running these systems.

The purpose of these technologies is to achieve more efficiency and control over the irrigation of crops. The integration with computers and other systems have enabled landscape owners and agriculture businesses to have more control and better crops year after year.

5 Innovative Strategies Businesses Are Using to Connect With Younger Generations

5 Signs Your Business Should Implement an ERP System

10 Experts Tips To Save Money On Home Remodeling

How To Change Your iOS GPS Location on Pokemon Go

Ultimate Guide To PTFE As The Best Flexible Tubing Material

Getting The Most Out Of Your Car Service

AI And The Print Industry – What To Look Forward To...

How to Choose a Tree Service Company?