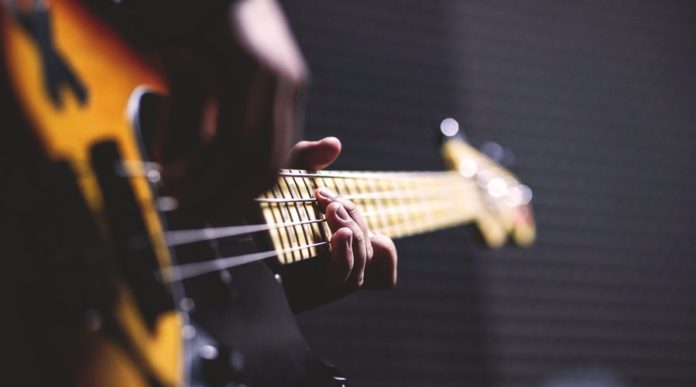 From the moment your little one was born, you already had their life mapped out. Most parents’ go-to activity they want to get their kid involved in is sports. There’s nothing wrong with sports by any means but a lot of times, when parents have their hearts set on a particular skill or craft they want their kids to pick up, they’re devastated when their child finds no interest in it.

It’s perfectly fine if your child isn’t interested in what you’re interested in but it’s also important to know that when that happens, it’s likely due to parents not approaching their child’s interest in the right way or that they waited until their kids were too big to make an impression. They say that timing is everything, and it truly is.

When you’re trying to get your kids involved in a particular extracurricular activity, especially music, timing is critical.

Don’t Get Them Started Too Early

Music is a universal language spoken by everyone. Certain genres of music speak to some more than others but nonetheless, music is something that everyone loves. But in order to foster a love of playing a musical instrument, it can sometimes take some special tactics when trying to get your child interested.

You see, playing a musical instrument isn’t like going outside and throwing or kicking a ball; it requires a level of understanding at a particular age in order for a child to actually learn and comprehend what they’re doing. A lot of this also has to do with their instrument of choice.

Let’s say you have a 4-year-old and you’re trying to get them interested in the guitar. Well, your child is at the perfect age to get them interested. You can buy them a toy guitar to get their imaginations going but 4-years-old is definitely too young to seriously invest in guitar lessons. Why? Because at the very least, they’re too young to understand why and how to use both hands when playing the guitar. Not only that but, they’re not going to be able to watch their hands and play.

The piano is an instrument that’s better because they can see their hands and hear what comes from each hit of the piano keys. Just kind of keep an eye on your child’s musical interests and gauge them. Once you see their interests growing, you can then implement these effective ways to get your child interested in music.

Taking your child to music lessons is the natural thing to do to hone in on your child’s interests and potential skills. The important aspect of getting music lessons for your child is to make sure you get them enrolled in the right music academy where you feel your child will get the most from each lesson.

The school you choose should inspire and motivate your child to do better with each session, practice outside of the lessons, and give them the confidence to perform in front of crowds. Some parents consider private lessons first as a confidence builder.

Take Them to Concerts

Give Them the Resources

In getting our child interested in music, sometimes the interest is there but they need the right resources to get them jump-started. Maybe your child has a deep love for Taylor Swift and while she may not be your favorite artist, you have to commend her on her songwriting abilities… that’s a talent that not a lot of people have.

If songwriting is something you want to also encourage, depending on the age of your child, you can have them download some great music apps for their phones or mobile devices; music recorders are also great so they can hear themself play. In addition to that, some other great resources include a record player to hear their favorite music artists on vinyl and even getting them a microphone with a speaker if they are interested in singing as well

A lot of parents don’t realize just how big of an influence they are on their kids. As much as you want them to pick up your good behaviors, you have to understand that they see your bad or unfavorable behaviors too. According to US News, in order to foster positive behaviors in your children, you must first lead by example.

That same theory applies to getting your child interested in music. You don’t necessarily have to be a musical genius yourself but by showing interest in what they’re doing with music, that’s going to inspire them to improve and even want to show you their improvement. They may even ask for your help with certain things! In short, you showing interest in what they’re doing musically is what’s going to inspire and motivate them, keeping their interest going.

5 Kitchen Essentials for the Health Enthusiast

Money vs Health – What is more important?

Everything You Need to Know About Corner Tubs

Finding a Bed on a Budget

Wedding Photography as a Career and its Inside World

What Are Some Facts About Tree Roots and How to Protect...