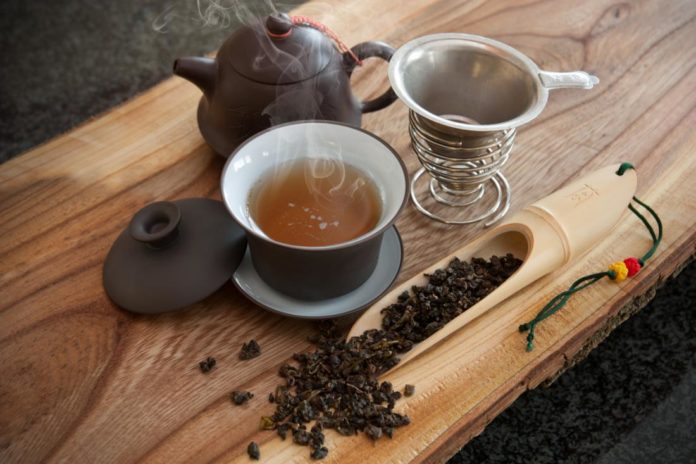 In a recent study carried out by Saint Louis University scientists and published in Anticancer Research, it was discovered that oolong tea could speed up the damage of the DNA in breast cancer cells while inhibiting the growth and development of the tumour in the lab environment. This brings in a potential non-toxic ingredient to the fight against breast cancer.

The study was led by the associate professor in the faculty of internal medicine at St. Louis University, Chunfa Huang, PhD. They studied the effects of tea extracts on the viability of cancer cells. Then, they checked how the cancer cells that were treated with the tea extracts morphed and the extent of the DNA damage. Also, they measured how the extract affects the formation of the cancer cell colonies and their growth.

Despite strides in the screening and treatment of cancer, it remains to be a growing concern around the world. In fact, breast cancer is the second biggest cancer affecting women’s health. About a quarter of the women who get the disease die from it. It may also come back to cancer survivors years after getting cured.

Results of the Study

Loose Leaf oolong originated in China and has been used as a medicinal health drink over the years. The tea only accounts for 2% of the tea produced around the world. Unfortunately, scientists have always focused on herbal and black teas for their properties against cancer cells and forgot this tea. Now, it has shown potency against the growth of cancer cells in six different cancer cell lines that includes triple-negative breast cancer cells, HER2-positive, PR-positive and ER-positive cells. The black tea extracts showed a very weak effect on these types of cells.

In addition to the study, the team looked at the 2014 cancer data for the Chinese and Fujian province residents. Fujian is the largest producer of the loose leaf oolong. The result showed that Fujian breast cancer rates and death rates were lower than the national average by over 35 percent. Among the Fujian patients, regular consumers of oolong tea had a prevalence rate that was 25% lower than that of the entire Fujian region. This number was 68% lower than that of the national average. Similar studies are expected on effects on men’s health and conditions such as prostate cancer.

What it Means to Cancer Patients

While more study is required in this area, it is good news to people who are at risk or those seeking to live better with cancer. The tea can also be used in post-surgery cancer care to help deal with the effects of the medication and the diseases itself. However, for the results discussed above to be realised, it has to be high-quality tea that does not contain other additives. Leading suppliers like Kent & Sussex Tea Company provide quality tea leaves that have been prepared and packaged in the utmost care to preserve their anti-cancer properties.

For a cancer survivor, the anti-cancer properties may help prevent the redevelopment of the condition by inhibiting the formation and growth of the problematic cells. Where the patient has been operated on, the tea can be used in post-surgery cancer care. Studies have shown that this tea helps in relaxing nerves and dealing with post-operative anxiety. Patients may also take the tea to improve their appetites.

Benefits of the Tea to Healthy People

Apart from helping patients live better with cancer, oolong leaf tea has benefits to people in perfect health. While everyone is at risk of developing one cancer or the other or getting one that he or she may have recovered from, taking this tea provides certain benefits to keep them at bay.

The tea has positive effects on both women’s health and men’s health. First, the tea helps one to lose weight by promoting healthy fat burn in the body. Overweight people are known to be at risk of such conditions as high blood pressure diabetes and some cancers. The tea contains catechins that accelerate the burning of fat. However, to realise the benefits, the user has to eat a balanced diet in the right proportions and lead a healthy lifestyle.

In the course of our daily activities, we encounter free radicals that may lead to some cancers, allergies, gut and skin problems. The oolong leaf tea has antioxidant properties that help maintain a vibrant, youthful skin. This is particularly important for women’s health as most look for a way to slow the ageing process and retain a youthful look. The antioxidant properties also help in propping up the immune system by preventing cellular damage and increasing the production of anti-pathogen proteins.

According to Kent & Sussex Tea Company, oolong tea is good for health in preventing the onset of cancer. Also, a patient with the condition can avoid the development of the condition and a cancer survivor will prevent the re-occurrence of the disease.

5 Must-Have Items for your Next Event

Web Development Trends That Will Rule 2021

How to Choose an LED Display Company

Get the Peppiest Chair Covers for Christmas and the coming Holiday...

Things You Can Do If Your IP address is Blacklisted

The Most Successful Way of Constructing a Home Interior Design

How CBD Oil Can Help You Workout