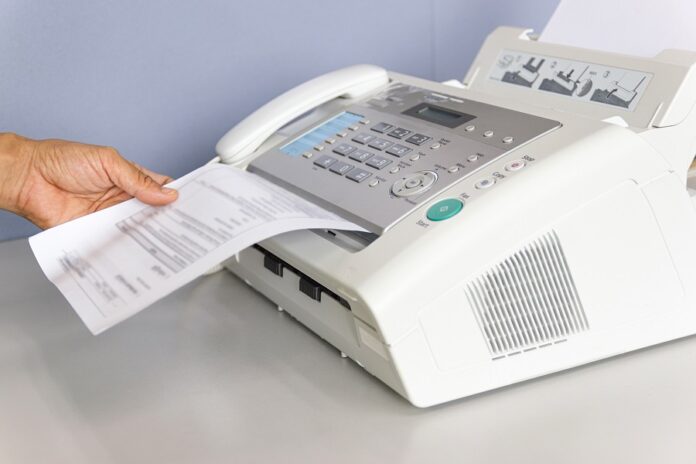 It’s quite surprising to note that the first-ever facsimile (fax) machine was invented in 1843 or 30 years before the creation of its close relative, the telephone. The latter was invented around 1876, and its development was accredited to many inventors, most notably, Alexander Graham Bell. Unlike the telephone, though, the creation of the fax machine is attributed to only one person – Scottish clockmaker and physicist Alexander Bain.

Since then, these business machines have played essential functions, undoubtedly changing the way businesses and individuals communicate all over the world.

Here are how devices for fax services had evolved from analogue to digital form in keeping up with technology.

Timeline For the Evolution Of The Fax Machine

Fax inventor Alexander Bain was said to have worked on the communication device after the creation of the first-ever telegraph machine created by Samuel Morse. The former’s technology harnessed the telegraph’s mechanics in sending messages to faraway locations.

Below are the important dates in the history and evolution of fax machines:

Analogue Fax Transmissions – Fax machines that use analogue technologies produce good quality messages. They work simply by taking the message and converting it to electronic pulses. These pulses move through the network until they reach the recipient’s device which translates the pulses back into the original document.

Before the advent of Internet technology, analogue fax machines were the only way to send data in a secure and fast manner over long distances.

Mr. Bain earned the British patent for the ‘Electric Printing Telegraph’ machine. In the next three years, he was able to create graphic signs in a successful experiment. Understandably, the image produced was of poor quality, and it took a long time to be sent.

British inventor Frederick Bakewell was granted a patent for a ‘copying telegraph’– improving on the technology tapped by Bain. Using rotating cylinders and a stylus, it’s believed that most modern fax machines are inspired by Bakewell’s version.

Italian priest and inventor Giovanni Caselli invented the Pantelegraph –which is marketed as an improved version of Bain’s and Blackwell’s creations. To demonstrate its essential functions, Caselli successfully sent a message between French capital cities Paris and Lyon.

The advancements just kept going with Shelford Bidwell creating the Scanning PhotoTelegraph machine, the first telefax machine that can scan and send a two-dimensional image, without requiring manual drawing or plotting.

Another American inventor, Ernest Hummel, assembled a device called Telediagraph which functions similarly to a TelAutograph.

In the year that followed, German physicist and inventor Dr. Arthur Korn improved the technology used in fax machines through the integration of a photoelectric system.

Researchers from a telecommunications company giant in the US further improved the technology used in sending and receiving fax messages. They tested their work by sending photos for publication in the news over long distances. One page of the first ever colored fax message took six minutes to send.

Another American corporation invented the TransOceanic Radio Facsimile and sent a colored photo trans continentally between New York and London.

The U.S. Army ambitiously and successfully sends the first photograph using satellite facsimile technologies from US to Puerto Rico.

A major American business equipment manufacturer patented the first ever fax machine intended for commercial use. The device made use of a business phone system to send and receive messages.

Following technological advancements, digital fax transmissions eventually took over some business transactions. It works by breaking down the original message through binary codes and sent from the network to the recipient. Online fax is convenient and swift. It’s also cost-effective and can be used anywhere there’s Internet connection.

As a predecessor to digital fax transmissions, an information technology company developed a  computer-based fax board.

A new technology called electronic faxing, is a digital method of sending and receiving a fax message. This process uses the Internet to send documents over. A user doesn’t need to have a fax machine, only an online software to fax a document.

Sending and receiving fax messages can be done through analogue and digital means. Each has its own advantages and drawbacks.

What Can a Rental Manager Do for Me?

Top 8 Items And Equipment Used In The Manufacturing Industry

10 Best Pirate Bay Alternatives Working When TPB Is Down

5 Tips for Helping a Loved One Transition to a Nursing...

Check Out These Awesome Five Cities for Real Estate

Growth Drivers of the Technology Sector in the UK