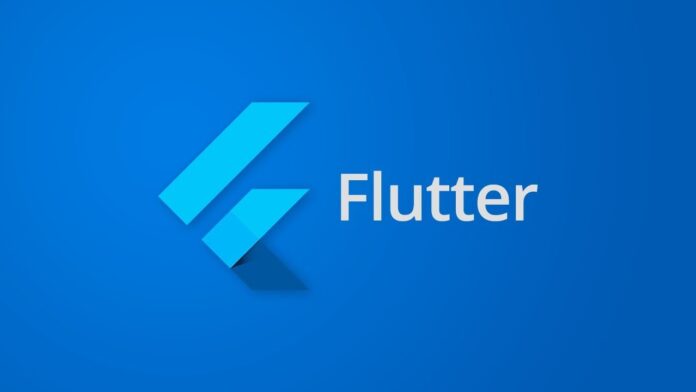 Introduced in the year 2018 by google, Flutter is one software that has gained massive popularity in a very short span of time. This versatile toolkit has crossed its native counterparts in merely two years and grabbed the top position in cross-platform app development.

Over three years, over one lakh applications have been developed with Flutter. Some prominent examples of UI software development by Flutter include Alibaba, Realtor, Google Ads, etc.

We all have this feeling of hesitation when we use new technologies, especially if we are not well-versed in the digital sphere, even if the software is as famous as Flutter.

To avoid such hesitations and confusion in your application development project, we are here to share the nitty-gritty of Flutter app development. Learn the top benefits of Flutter that have made it the top choice of renowned developers.

Dart, by Google, is the official commanding language of Flutter, which is utilized to write the codes for multiple platforms.

Object-oriented programming, class-based division, straightforward understanding, and versatility are some of the benefits of the Dart language.

Dart comprises a comprehensive set of libraries that is compatible with diverse browsers. Its seamless functionality and easy understanding allow developers to carry out the developing tasks efficiently and in a record-breaking time.

With Flutter, you can eliminate the need to hire two separate developers for Android and iOS development. Whether you are a small-scale business with limited business or a first-time app developer designing applications for investor pitching, Flutter is the ideal solution for you.

When you Hire Flutter developers, they can build MVPs for both platforms, reducing your overall project cost. However, for optimal savings, you must ensure that they utilize Flutter’s core features only.

We are all aware that app development is not child’s play. It can be an extremely time-consuming and difficult task if not done perfectly.

The ‘Hot Reloading’ or ‘Hot Restart’ feature included in Flutter programs allows developers to discover mistakes in a short amount of time. As a result, they can make changes faster, increasing their total productivity while reducing development time and cost.

Furthermore, Flutter apps rely largely on built-in widgets rather than platform widgets, which cuts down on development time.

In Flutter, the developers do not have to write separate codes to achieve desired visuals and user experience in platform-specific applications. A basic code-base can be installed in the app without having to interact with its native app counterparts.

Therefore, when you Hire Flutter developers, they will be able to conclude the project in half the time, allowing ample time to market to your business.

Application performance is a major factor when it comes to determining UX and customer satisfaction. While it varies greatly depending on several factors, one can safely conclude that Flutter app performance is at par with its native counterparts.

The primary reason for this is that Flutter doesn’t rely on any intermediate code representations, unlike its conventional alternatives.

Since flutter apps are built in the machine code, any performance bugs can be eliminated at the earliest. In the end, the final application is completely compiled in much less time than native apps.

Flutter allows you to include many of these features through ready-to-use plugins by Google.

In some cases, the unique function your project needs is not yet available as a pre-prepared plugin.

However, Flutter facilitates simple communication between platform-native code and Dart using platform channels. With a little extra effort on the native side, you can implement anything a native app can do on a Flutter app.

One of the excellent advantages of Flutter is that it allows you to reach audiences beyond mobile. It offers app development for web and desktop applications. With exceptional functionalities by Google, it is possible to run these applications in a browser without tweaking the source code.

Since the web and desktop frameworks are relatively new, you may need to  Hire Flutter developers who are well versed with functionalities. With the latest developments, a single app will run on multiple platforms, including Android, iOS, Web browser, Windows, macOS, and Linux.

For quick launching and optimal functioning, your application needs to have exclusive support of firebase. Flutter’s server configuration allows exceptional server configuration. Moreover, you can also enjoy functionalities like cloud storage with Flutter.

It’s highly convenient and simple to use with technologies to automate the development process and unleash continuous delivery methods like Fastlane.

Flutter is a Dart-based open-source language that is bridging the gap between the digital world and modern businesses. Its unparalleled functions mentioned above, combined with google’s backing, makes Flutter the best choice for contemporary developers.

Flutter is one of the very few platforms that has gained such traction in mere two years. It continues to swiftly surpass other frameworks and shine above the competition.

Thanks to the strong Google-backed Firebase, a large range of customizable widgets, and pre-designed tools, Flutter app development has become the top choice for cross-platform app projects.

Everything You Need to Know About the React JS Training Course

What Makes a Video Production Company Stand Out?

All You Want to Know About Rory John Gates

5 Must-Have Items for your Next Event

Is Hanbok fashionable? A survey on today’s different perspectives on the...

How To Change Your iOS GPS Location on Pokemon Go