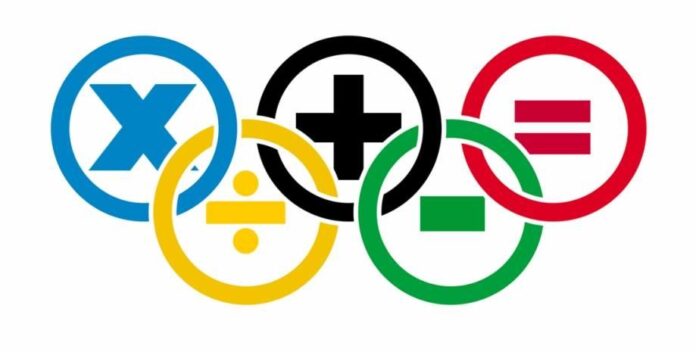 We start our educational journey with many major subjects which walk side by side with us till a pretty good length. English, Hindi, Science, Mathematics, Information Technology, General a

Knowledge and the list go on which keeps on upgrading now and then. Mathematics is one such subject here which is an essential component not only for building basics in our mind but also in day to day lives and any given field you will be choosing for yourself in future.

It is considered as a must factor to keep the early learners enthusiastic and interested towards their schooling days. Young minds are nothing but fresh minds with eagerness, and if it is used in the right manner it will help them to bloom fantastically and that is for sure. For example, the abacus.

Abacus is a tool used for calculation since ancient times. It consists of a wire on which movable beads or similar things are stocked and with the help of which you can perform basic operations such as addition, subtraction, cubic roots, squares in literally minimal time. Point is that such tools and activities which are considered for the early education of children will help them against mental maths and will make them more eager towards techniques behind. One such helper is the Olympiad.

What is an Olympiad?

Olympiad is a competitive exam that consists of basically multiple-choice questions and which scheduled for students of class 1st to class 12th. It promotes the skill set behind the subjects like science, maths, English, or computer technology among young minds. By appearing for Olympiads, you will only have gains and no harm as it will not only help you to analyze your interest and strengths but will also give you a clear picture for your future ahead and which indeed is a must plus point as well. Talking about organising it, Science Olympiad Foundation (SOF) which is a non-profit organisation is the main one here who organises it at national and international levels.

The rewards could be in the form of certifications and even cash prizes. But the major reward one should be after is improving one’s analytical skills, knowing their potential and identifying their plus and minus according to which they can work upon themselves.

What is the Math Olympiad?

Math Olympiad has a genre that revolves around digits, signs, mental maths and problem-solving skills. One of the oldest Olympiads out there, Math Olympiad is considered by a huge bunch of people today’s date. Trying your hands on Math Olympiad will help you in numerous ways and will give your mind a direction towards other competitive exams as well such as CAT and JEE. It will swiftly torch your interest and will show you the bigger picture if you are meant for numbers and signs or not.

Preparing for Olympiads is not something one can do overnight but it needs a long time in your hands if you want to ace it well. Here we will be discussing class 8th students who are willing to give a shot to the Math Olympiad.

Getting clear with the basic foundation of math will help you to be fast and quick with your calculations which will ease your stress according to the given time which is 60 minutes. Making a routine out of your daily schedule to at least have a respectable window span for basics including formulas, will do wonders.

Sit with a clear mind, have your NCERT in front,  go through the index, start making a timetable, assign the chapters and portions their due dates, is indeed a task that will be of immense help for any given student. It will not only sort your schedule but will also lend you respectable time rather than hurrying through the chapters at the last moment. A practical timetable will lend you enough time to prepare and revise the same.

Though the syllabus is mainly opted out of NCERT only, higher-level books are never harmful but will only broaden your knowledge and skill in several Olympiads. But getting into higher-level books is only when you are thoroughly done with your given NCERT and your concepts are kind of clear. Going a little extra can be your best decision in such competitive exams.

Penning down the concepts in a manner that will not only help you to be thorough but also a saviour for the last moments, is what making notes is for. Try making it as simple as it can and which is understandable for you even if you are going through it in a hurry. You can use bullet points, start numbering them, and even sticky notes are a wonderful option as well. Keep them wherever you have good accessibility to your eyes which will benefit you for sure.

Solving those previous year question papers will help you immensely as it will give you a pretty good idea about the pattern of examination and will make you know about your knowledge. Accordingly, you can brush up your portions and come back stronger. Try solving them at the end as there is no meaning of solving them midway. It will be on hiatus. Solve previous year class 8th Math Olympiad question paper without thinking twice.

Olympiads can switch on your mind rightfully. It is never a compulsion that you have to appear for it, but it is considered as a plus factor as it polishes your ability and interests in a manner that is only helpful for the students themselves. Right from the better idea of your potential to critical thinking abilities, Olympiads is considered as one of the best at this particular stage. Hence, a useful one. Try your best in the exam but do not let it hamper your mental health.

How to Maintain a Social Life in Retirement

Top Tips for When You Are Moving House

Tips to Build Email List from Zero For Your Online Business

Things to Know about When and How to Find a Doctor

Where to Have the Perfect yet Most Reasonable Dinner Date in...

Pros and Cons of Purchasing an Older Home

How a Bookeeping Service Can Help You Strengthen Your Business