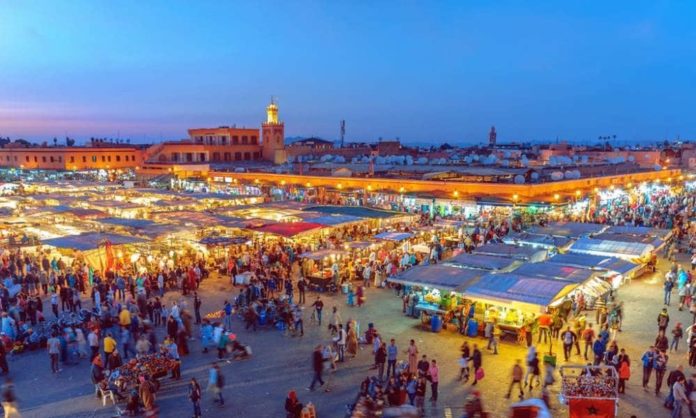 Life is unpredictable they say, but so is your job. One moment you are having a great day and in the next second things may ruin apart.

All people working hard may know the fact of how ruthless working hours can be.

Just doing your job, making a wage and going to sleep seems like all the worries in the world. It’s either work or a good sleep you want the most.

How many of you had sleepless nights with the promise in your head you are going to go straight to sleep?

I know I do, every single day and when I do reach home, I finally lay on my bed and then its social media time.

You can’t let go of such notoriety ever! And its utterly unbelievable when you can’t commit to the promise made to yourself.

Being an event planner you have to stay updated with everything.  A job comes with its pros and cons and hence in this regard, it’s both.

With event planning, you get to travel to a lot of places and to be honest in those travelling moments you are so busy that you forget to enjoy the beautiful destinations.

For an upcoming event, my team and I got our tickets early to Morocco. I had heard a lot about this country and every word had its merit.

Going on Morocco holiday would have been great as the weather was nice but it was still on-site, on the job. But arriving earlier gave us the chance to explore the city.

Landing at the airport is never such a hard task but getting out is another story.

Thanks to our stay at the hotel, the chauffeur was already waiting for us, right on time and we reached hotel premises equally astounded by the interior of the hotel.

Everything from ceilings to floor tiles was laced with intricate geometric patterns and most colorful of all.

With the modern urbanized interiors, you can still see the classic Moroccan culture infused with it cleverly.

Best Places to Go to in Morocco at A Short Notice

Deciding one place as the best destination is hard to say.

You have to visit each place for a full Moroccan experience and then decide which city you loved the best of all.

An eternal blooming city of Marrakech, also known as the Red City is something to look at. The old walled medina enticed with the souks, twists, and turns will easily make you lost but with the help of a local guide, you can easily find your way through every nook.

Besides souks being the main attraction point, we got to visit the most important places historically and as well as enchanting that screamed power in its own right.

Majorelle house of the garden in Marrakech is sure something to wonder about. The blue painted walls give a bright domain to the building and the garden in itself is pretty amazing. Koutoubia mosque was yet another wonder to see. Built-in 12-century this mosque still represents its historical importance and colors. The mosque also has the in-built garden and you can go for a quiet stroll through it in peace.

With our limited time in Marrakech, we couldn’t visit other places but then we moved towards Fes.

One of the imperial cities, Fes is the oldest of the cities in Morocco. Popular for its culture and history Fes is often populated with tourists and travellers alike in Marrakech. Fes al Bali was yet another souk in Fes along with Fes Jdid, and also one of the oldest squares too. There is something exclusively charming in these souks, they are just irresistible.

The leather goods from the tannery are prime sellers here. I got myself a yellow natural dyed leather bag! And for only 40 dirhams! That’s an amazing price considering my items in luggage costs thrice the price of this leather bag. Smirking to myself, we further decided to visit the madrassahs.

P.S: not all madrassahs are open to non-Muslim travellers/tourists. Some parts remain closed to the day.

Just so you guys know, the city gates and walls are fortified. On asking why the guide told us that in old times dynasties kept fighting and attacking other cites, so it was pure defense strategy on part of the sultan. What truly beguiling is the fact that the walls and gates are still intact and also have become a top visited place in Fes.

Being the largest city of Morocco, Casablanca is the busiest commercial area acting as a port hub for many businesses in a year.

What I noticed was that the city boasts itself to be a renaissance city of Morocco. The main city has a certain look and upon visiting the landmarks as Hassan II Mosque, Ricks Café (an ultra-restaurant!) and more.

Many have mistaken this city as the capital (even I did) but it’s not. And Casablanca shares a coastline with the Atlantic Ocean as well. The view is majestic with cold blue water and major population can be seen there even on the weekdays. Wearing a comfortable long sunny dress, we got to spend at least two beautiful hours here before heading back to the main city square.

Did I mention Casablanca is also home to some universities as well?

Well, Casablanca is home to beach sites, universities and commercial areas in one terrain!

Sadly, I couldn’t explore more, our rest of the team had to arrive and short two days’ tour to these three beautiful cities led me to new enlightenment and appreciation for the country, its culture and more.

Just so you know, our event regarding launching of a new product was successful in Marrakech, the after-party hours were happily spent on the rooftop of the hotel and it was a good trip to Morocco.

Setting up your Kodi – Build and Add-ons Complete Guide for...

Beauty Tips That Will Get You Noticed

How to Control and Track Your Employees’ Expenses

10 Features why WooCommerce is Perfect for eCommerce?

What are the Job Responsibilities of a Human Resource Coordinator?