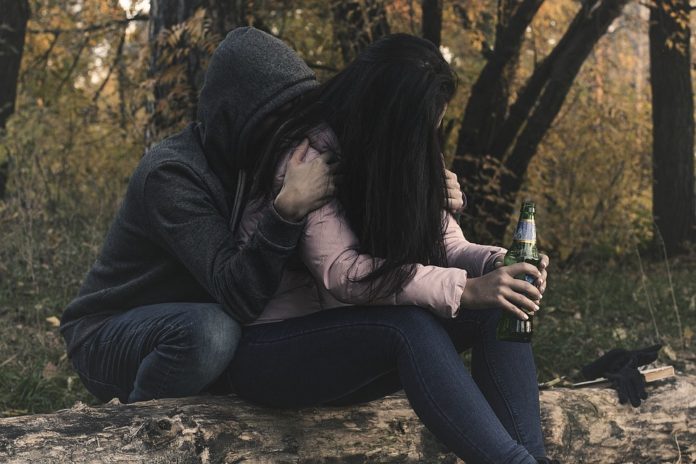 I grew up in Alcoholics Anonymous and Narcotics Anonymous rooms around Miami, going to meetings at Little River, West Dixie, the Boulevard Room and others with my mom from before I could even walk until well into high school. And while I never struggled with my own addictions the way my mother had to struggle with alcoholism and drug abuse, I learned a great deal from her example, both in positive and negative lights. The years I spent witnessing the triumphs and upheavals of the men and women who shared their lives in those rooms taught me almost everything I know about honesty, vulnerability and empathy.

I learned from my mother’s mistakes and from her successes and from the mistakes and successes of everyone I met in the program. Over the years, I grew to understand that newcomers and old-timers alike all dealt with the same demons and that everyone needs to ask for help now and again. As a result, I’ve come to believe there is no such thing as a hardship without a lesson to be learned, whether you’re dealing with your own demons or someone else’s.

When my mother first got clean in 1984, she stayed sober for over a decade. Back then, in Miami rooms where double-digit clean time was almost unheard of, there were a lot of people in recovery who looked at her like a queen. But no alcoholic is invincible and nobody is immune to falling off the wagon. I don’t know what triggered her first relapse and even if I did, it wouldn’t be my place to share it. What I do remember is that I was 5 years old when it happened and after that, nothing was ever the same.

As a little boy, the realities of alcoholism were never really clear until my mom’s first relapse. I’d heard people talk about it as a disease in the rooms and I’d seen people come and go, heard them slowly, painfully explain to the room and to themselves what had happened and how. But that had never been my mom. I didn’t understand the depression as a chronic disease until she started drinking.

I didn’t see her for weeks that first time. I remember thinking I’d never see her again. Then I got to visit her in a halfway house and I recall wondering why she was sleeping in a bunkbed in a shaggy building away from home. She told me she’d be home soon and that everything would go back to normal after that. But it didn’t.

My mother was what you could call a chronic relapser. She would put together a few years sober and then drink again. Before I was a teen, it had become my responsibility to find her when she went missing, to decide whether she was lying about her slur being a side effect of some new medication, to betray her and call my dad or the Physician’s Recovery Network and force her to seek help.

It’s easy to imagine a young kid or a teenage boy hating their alcoholic parent for an upbringing like the one I had and there were plenty of other kids my age who felt and articulated exactly that. But as bad as things got, I never felt that way. For all the hard times I saw at home, I also found wisdom and compassion, humility and understanding at every meeting I ever went to.

Every time my mother went back for another white chip, every time she picked up a new one-year medallion, the people in those rooms welcomed her back with open arms rather than judgement. Every time I’d visit her in a three-quarter way house and got to know the people she was bunking with, got to know their stories, I learned a little bit more about the disease, but also about how hard it can be to just be a person and what a long way a little help can go.

I never went to church or temple as a child. I went to AA. And because it was made clear to me from my very earliest experiences with recovery that the program was the reason both of my parents were alive, I listened. You don’t have to be an alcoholic to learn about the importance of understanding powerlessness when you hear the first step or the value of making a fearless and honest inventory of your shortcomings from the fourth step or the healing that can come with asking forgiveness and making amends with those you have to forgive from the eighth and ninth steps.

All these lessons and countless others that I came to learn through my mother’s recovery helped me to understand her, myself, and everyone else I would come into contact with over my lifetime. The teachings of the program and the people who tried to live by those teachings helped me navigate everything from heartbreak to my own addictive tendencies.

My mother was far from perfect and taken out of context, some of the stories about her addiction that I could tell from my younger years might leave some people thinking I came from a broken home of horrors. But the context is of immeasurable importance because I know better than to think that way. In fact, I think my childhood was quite the opposite of a horror – it’s something I’m actually deeply grateful for.

Everything my mother struggled with taught me just how hard life can be for even the strongest individuals and every time she fell down and worked to get back up taught me that we can always work to be better, to get better. Her battles showed me that the point isn’t perfection, but rather to try and learn from your faults, to grow, and to help the people around you who are learning and growing through all their own pains – one day at a time.

8 Great Tips to Slow Down the Aging Process & Feel Younger

How to Get Rid of Bone on Bone Pain

Role of A Nurse Practitioner Explained

What Happens to the Marital Property after a Separation

Why is Digital Marketing Important for Food Delivery Business?

15 Best Tools Every Plumber Needs In Their Toolbox

7 Major Pitfalls you may face with Magento Migration

7 Tips for Starting a Fashion Blog

Everything You Need to Know about Situational Stuttering

Money vs Health – What is more important?