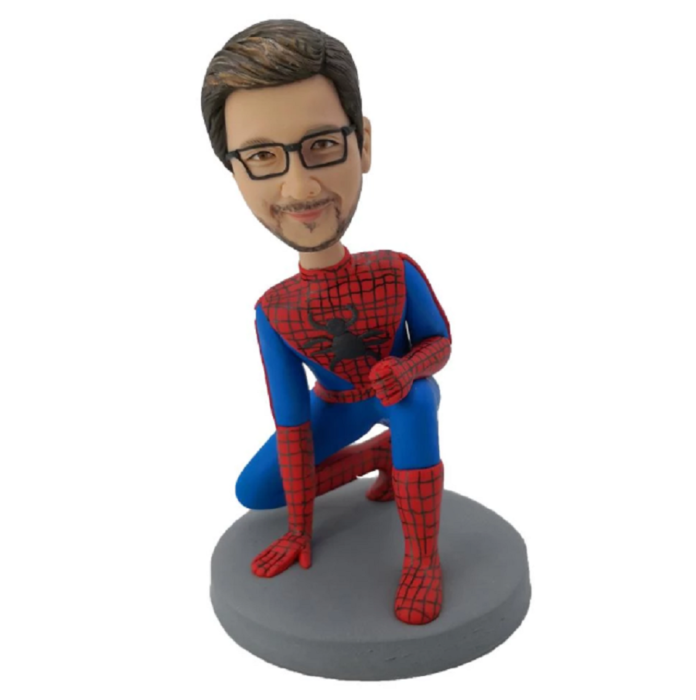 The popularity of bobbleheads is indescribable, and it looks like that this collectible toy is here to stay. So what’s new in bobbleheads? Aside from figures of famous people like athletes and politicians, bobblehead makers are also busy with possibly the most impressive collection yet; Marvel character bobbleheads. Find out if your favorite superhero is in stock with this complete list.

Loki, god of mischief, has his cute bobblehead. This Marvel character may have been a villain in the first Avenger flick, but later, he proved his worth by becoming an ally of the team. Now the Loki bobblehead is very cute, and you can choose from a simple Loki design with cape and accessories to a more elaborate design with a hero costume and a headpiece. You’ll also find Loki bobbleheads one of the most expensive bobblehead models locally and online.

Thanos may not be an Avenger, but he’s a significant character-villain in the final Avenger movies. Fans want more of Thanos with his invincible gauntlet, which is why you’ll find this character wearing the colorful accessory in a variety of cool poses. Believe it or not, many Marvel fans love Thanos despite being a villain and are looking for cool Thanos bobbleheads.

Doctor Strange is indeed a strange fellow with unique abilities. Aside from possessing the time stone, he is known for his impressive intelligence and his charisma, which is why fans are checking out Doctor Strange merchandise, including cool Doctor Strange bobbleheads designs.

If you don’t know who Goose is, then you must backtrack and watch Captain Marvel. Goose looks like any orange and white domesticated cat, but actually, it is an alien known as a Flerken. This alien has giant, ferocious tentacles coming from its mouth and can store even large objects in bubbles inside their bellies. Goose is one of the most favorite bobblehead figures despite being a domesticated cat. If Fury loved Goose, you will too with a cute Goose bobblehead figure.

Throughout the Avengers sequels and solo movies, Thor has worn different costumes, but some collectors say the regular Thor and the gladiator Thor in Ragnarok. One of the classic Avengers heroes, Thor, has become a vital part of the team and has become an endearing character as well. This is why a lot of fans are looking for Thor classic and gladiator-style bobblehead figures.

Captain America is the symbol of justice and peace, and his Civil War film may be the most favorite of all. This is possibly why the Captain America Civil War bobblehead is the most popular of all. Now, this bobblehead design also comes with the Cap’s accessories, especially his shield. This is a collectible item and is one of the most expensive Marvel bobbleheads so far.

Who says Groot is the least among the Avengers? Groot has impressive powers that can fight threats and protect him from these threats, as well. Just when fans thought Groot died in the first Guardians of the Galaxy film, Groot has quickly made himself more aloof by starting as a seedling but with full powers.

Groot is also available in different designs from the cutesy baby Groot, teen Groot and finally, adult Groot. From the three, baby Groot gets the most number of bobblehead designs with themed-designs like Christmas, Halloween, and more. Christmas-themed baby Groot is the most popular of all while the teen Groot is popular among, well, teens.

Ant-Man is one of the hilarious Marvel films, which is why he is one of the most popular bobbleheads. A lot of fans are looking for Ant-Man-themed bobbleheads, including Ant-Man himself, The Wasp, and many more. Ant-Man has a lot of potential as an Avenger, and most fans agree that this hero deserves another solo movie after the success of his Avengers role.

The beloved Stan Lee is the real superhero. He is behind all the characters we all know and love over the years. For every Marvel movie, fans look for Stan Lee and his fresh cameo roles. And even near his death, he had nothing but dedication and commitment to his craft. He has never failed to impress fans young and old. And to celebrate Stan Lee’s devotion to Marvel superheroes is his collection of bobbleheads ranging from his first roles to his most recent cameo appearance.

Black Panther is one of the best films ever made thanks to its impressive effects and storyline. And because of this, Black Panther bobbleheads are now available to collect. These bobbleheads are complete with accessories and are very detailed. It’s also possible to find new bobble designs as there is news about a sequel anytime soon.

Although buying online allows you to pick from a wide variety of Marvel characters, the cost of shipment and delivery can make online shopping more expensive. You may also look for exciting bobblehead designs or trade different bobbleheads with collectors online. Thrift shops, collectible toy stores, and garage sales may even give you good finds, so check these out as well.

6 Ways to Reduce Morning Eyebags for a Better Look

5 Hacks You Must Try in Your Weekly Routine

9 Gifts For Your Girlfriend That She Never Knew She Needed

How To Handle A Timeshare In A Pandemic?

How to Grow Your Chiropractic Business (6 Best Strategies)

3 Ways to Improve Your Workout Game

6 Tips for Building a Brand for Your Startup

Why Should You Hire a DUI Lawyer?