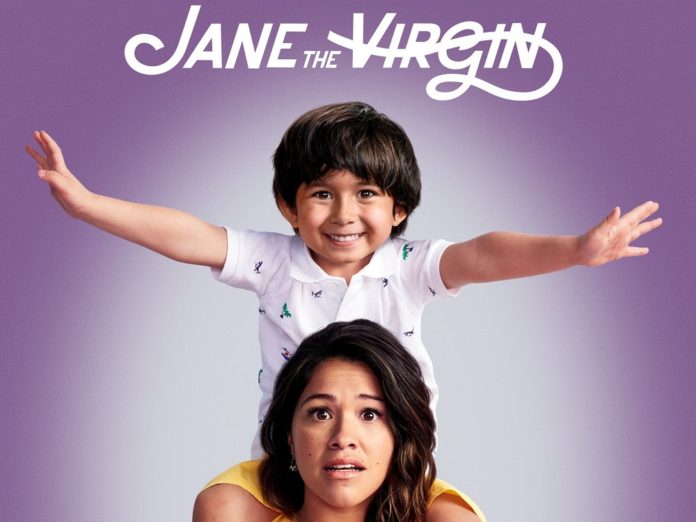 Jane the Virgin is one of the most popular romantic TV series that has mixed up the romance with comedy. Most of the critics have praised this television series because of its satirical approaches to the viewers. Starting from 2014 it has completed 4 seasons of it and currently, the 5th series is running successfully. The premier show of the first season was organized on 13th October 2014 and it concluded the journey of the 4th season ended on 31st July of 2019. From the episodes that are broadcast, we can understand that the TV series is one of the most favorite programs among the viewers. Jane the Virgin is basically based on a Venezuelan novel named “Juana la Virgen” which is written by Perla Farias. This series of television shows has been casted by Gina Rodriguez as the lead character. The story starts with a 23 years old virgin girl who eventually gets pregnant as a result of artificial insemination which was accidentally done by her Gynecologist.

Jane the Virgin was taken as a plan by The CW to release as a new show based n a Venezuelan novel and the television series started its journey from October 2014. The trailer of the series was out in July 2014 by The CW. The first season of this series became so popular that a few months later, in January 2015, it was confirmed that the second season of the TV show is going to be filmed soon. Since then every year this series has got renewed and now the final and 5th season is on air.

The Storyline as per Episodes

Due to the ecstatic storyline, the television series has got immense praise from the viewers and they are waiting eagerly for Jane the Virgin season 5 now as they want to know what will be the ultimate resolution of the jangled flow of events in this television series. In the first season, the creator of the story brought Jane, a devoted catholic girl and she gets pregnant accidentally as her gynecologist inseminates her artificially with the sperms of her boss named Rafael Solano. The doctor in this story is none other than Jane’s own sister named Lucia. The story of the TV series gets complicated when the fact that Jane and Rafael had a kiss 5 years ago when they met. But this information makes Cordero upset who is Jane’s boyfriend and professionally a detective in the police department.

In the meantime, Jane came to know that her actual father and mother have got together but the moments of happiness are not going as expected because they both have realized that they got married while they were drunk. Jane and her boyfriend got separated as Jane found interest in her boss who also left his wife and they were about to start a new relationship with Jane. Though due to immense family pressure, things didn’t go in its way, so their affaire came to an end quickly. But on the other hand, three of them got engaged in a love triangle as none of the two males are willing to leave Jane.

From the second season, the story gets more complicated. Several new characters were introduced in the storyline and the thread of interrelationship gets jangled. In the second season, we see that Michael gets back his love Jane. On the other side of the story, Rafael and his ex-wife Petra comes closer eventually but Rafael doesn’t get unite with Petra as he has some feelings for Jane still in his heart. Despite all these complexities in their life, finally, at the end of season 2, Jane and Michael get married. But in the end, something happens for what the viewers were not ready at all. Someone shoot Michael due to some unknown reason.

There was a big mark of question on one matter that has Michael survived in the shootout? The answer was yes but not for a very long time. When he chooses to leave the police force and wanted to be a lawyer, a massive heart attack takes him away from life. Now the story gets a kick to jump three years after all these events. Jane has survived as a single mother. At this time one of the co-stars of Rogelio Fabian came in her life through the end of this relationship was not very well. In this season also, Rafael and Petra came closer to each other but again Jane got in between them and finally, she wins the race again.

Being one of the most popular TV series in the US and some other countries, the series got approval for a 4th season. The fourth season shows that Jane started loving Rafael who is the father of his baby who’s birth was accidental. Here Jane is a writer and her first book has been published in the market. But due to inexperience in such activities, the book didn’t perform well in the market. But after the failure, a push came from Jane where she combined the love stories of her grandmother, mother and her own. At the end of the third season, we see that some of the other characters got their preferred life partners and got married to them.

From the start of the TV series, the story gave bouncers one after one that came with surprises. Generally, the viewers like to get surprises from the stories and this storyline is full of unexpected surprises. The tussle among the three characters and their love triangle attracted the viewers most whereas the struggle of Jane also brought them closer to her. With no surprises, the unfulfilled love stories of Jane and Rafael and the life of their accidental son tied the viewers with the story and they gained their sympathy very much. As some extra add on, the serious matter of the story was presented in a witty tune and the mixture of these two made it a delicious dish for the viewers of the story.

How Do I Download The Latest movies From 13377x Torrent?

How to Optimise Google Shopping Campaigns in 5 simple steps

Want To Increase Employee Retention? These 7 Tricks Can Be Useful...

Covid-19: What it Means for Your Property Deal

What Happens When a Loved One Dies But There Is No...

App Development: How businesses benefits from it?

The role of Internet in Education

Why This Vidmate Is The Famous Video Downloader Application?

Detailed Guide to Buy a House in 2020

The Latest From the Indian Cricket News Live Score