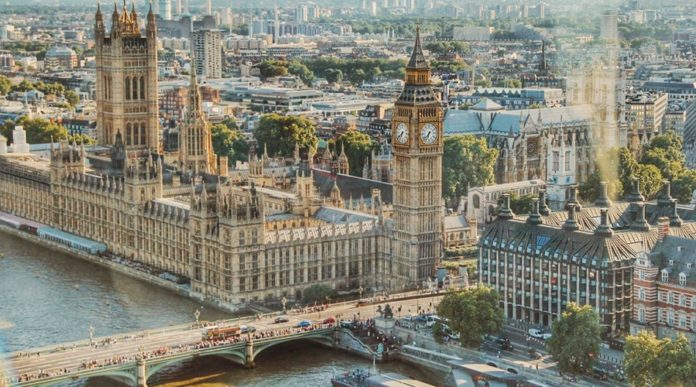 Whether you’re a regular commuter or simply a day tripper, transport in and around London can be confusing and chaotic, but it can also take you from leafy suburbs to the beating heart of the city in under 30 minutes.  With one of the most extensive public transport networks in the world, here’s our guide to help you navigate the ancient city.

The world’s oldest underground train network, the Tube comprises approximately 249 miles and 270 train stations. It’s perfect if you need to get from one part of the city to the other quickly, it’s worth noting that the most popular Tube journey is from Bank/ Monument to Waterloo Station. So, if you’re not a fan of crowds try to avoid this route, especially in rush hour.

If you do have to travel by Tube in rush hour, knowing your route is essential. There are plenty of apps to help you plan your journey, and you’ll also look less like a tourist, making you less of a target for pick-pockets.

In addition to the 11 Tube lines, London is also serviced by the Overground, DLR, TFL Rail and the tram line. These lines are ideal if you commute to central London. Passengers can be in the heart of the City of London’s business district in under 30 minutes if you catch the train from Bowes Park to Moorgate. And if you need to be in the secondary business district, the Elizabeth Line takes commuters directly to Canary Wharf.

Perhaps one of the most iconic London sights, the big red busses of the city operate over 700 different routes and are ideal for those less well connected areas of the city. Carrying millions of passengers every day, London buses are a popular alternative to the sometimes claustrophobic Tube.

A word of caution, if you are in a hurry, sometimes the bus isn’t the fastest option, with traffic jams a regular occurrence in the capital. If you’re on one of the busier routes, it can also be too easy to hop on the wrong bus!

Commencing in 2010, and known as ‘Boris bikes’, Santander cycles are a brilliant, cost-effective and eco friendly way to get around the city.  The new bikes have improved handling, safety and added comfort as well as front and rear Blaze lighting, helping to keep cyclists safe.

Perhaps leave the cycling if you’re new to London and it’s somewhat confusing roads, but if you’re proficient at cycling and know where you need to go, they’re a perfect alternative to traditional methods of public transport. If you’re looking at giving cycling a whirl, take the bikes for a spin in Regents or Hyde Park.

Often underutilised, London’s riverboat services are great if you’re exploring London – less so if you’re a commuter! With many boats having bars onboard, you can sit back and watch the sights of London float passed you, from Westminster and Big Ben, the London Eye and The Shard, Tower of London and Tower Bridge, passed Canary Wharf and to the Cutty Sark and the Royal Observatory in Greenwich. You’ll see all the main attractions without the hoards of tourists.

Like all busy cities, travelling in London can feel overwhelming, however, if you do feel threatened check where the help points are passenger alarms are and use them if necessary. Remember to plan your journey as much as possible and ensuring you have an Oyster card or a contactless card will help in case you get stranded.

A Guide to Relocating for Work

5 Must-See Places for Your Next Florida Road Trip

Can Fire Blankets Protect a Building from Wildfire?

Buying or Building: Which Option is Better for Your Family?

4 Steps to Securing Your Patent for the Advancement of Your...

The 4 Most Popular Siding Materials in America

Effective Ways to Decorate your Home and Garden Walls

Countries You Need to Visit

8 Ideas To Help Fund Your Next Adventure