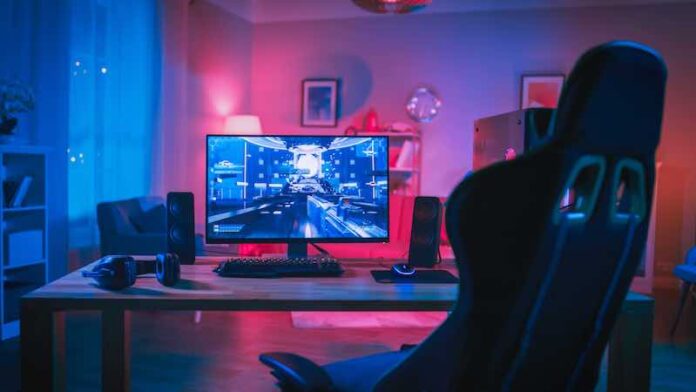 Every serious gamer faces a game that occasionally crashes, be it on a Windows or macOS PC. But such errors frequently occurring, especially in the middle of a game, can be a frustrating experience. If you are in a similar situation, try these tips to overcome the problem and enjoy crash-free gaming. Another issue users faced was the Logitech Gaming Software not Opening Error. If you have faced a similar issue, we suggest you check our website. We have listed the four best ways to get rid of the logitech gaming software not opening error.

How to Fix Crashes in Gaming Software for Windows 10 and macOS.

These suggestions are common for both Windows 10 and macOS users.

Older versions of operating systems are often not compatible with higher-quality games, thus causing the game to crash frequently. The simplest way to prevent this error is to update your PC regularly.

If you’re using the beta version on a Mac, switching to the regular version should eliminate several bugs.

If your system is updated and you’re still facing issues, the next thing to do is update the game. Users should check for updates regularly on the app store or the site from which they installed the gaming software.

First, uninstall the game and then try reinstalling it back from the app store or the website. This is perhaps the most common way of fixing game crashes, especially when nothing else works. However, before taking this step, make sure you’ve read all the available information on uninstalling and reinstalling the game.

In most cases, these three steps should fix any crashes in the gaming software. However, if the problems persist, you might want to try the following workarounds:

How to Fix Crashes in Gaming Software for Windows 10:

It’s important to maintain your device drivers up to date, particularly the display and sound drivers. If you have a graphics card, make sure it is up to date by checking the manufacturer’s website.

Look for the yellow exclamation mark next to the driver in the Device Manager. If the sign is present, right-click on the individual driver and select “update driver.

Remove (if any) Third-Party Firewall

Another common reason for games crashing on Windows PCs is third-party antivirus apps. If you too use any such app, consider disabling it to check if the error is solved.

This feature is now included in almost all antivirus applications. If this is turned off, it may cause problems with gaming software on your computer. So, it is recommended to use the antivirus software only if this feature is turned on. If removing a third-party firewall does not resolve the problem, open the anti-malware program and search for the Gaming mode function.

Now, Windows virus protection will be disabled for that game, which should solve the bugs in the game.

While playing games, overclocking the graphics card improves system performance. However, sometimes, this may result in game crash issues. If you’ve overclocked your graphics card, follow the instructions below to revert to the default settings.

However, keep in mind that overclocking/underclocking the graphics card repeatedly may harm the operating system or even corrupt the hard drive.

These steps would most certainly help solve any errors in the gaming software on a Windows 10 PC.

How to Fix Crashes in Gaming Software for macOS:

Checking and modifying the game’s settings may resolve the problem. There are several games with high-end graphics and other options that can slow down the game. However, you can determine the issue by lowering the pictures and different settings that put less strain on the hardware.

Every program uses cached data to reduce load speeds, and game apps are no exception. However, when the cached data size exceeds a certain threshold, problems may arise. So, try clearing the game cache to check whether the issue has been resolved.

Cache folders are usually found in the User or System folder. Navigate to /Library/Caches using the path Go >Go to Folder. Clear the cache for the game you’re facing issues with, and then restart it.

To start the game from an admin account, go to System Preferences>User>Lock icon, select your account, and select ‘Allow User to Administer This Computer.

These steps should solve most of the issues with gaming softwares on an updated MacOS.

Mistakes to Avoid When Setting Off Fireworks This Summer

These Tips Will Keep You Safe When You Move to Chennai

4 Ways to Increase the Lifespan of Commercial Roofs

How to Measure Pressure with a Digital Manometer