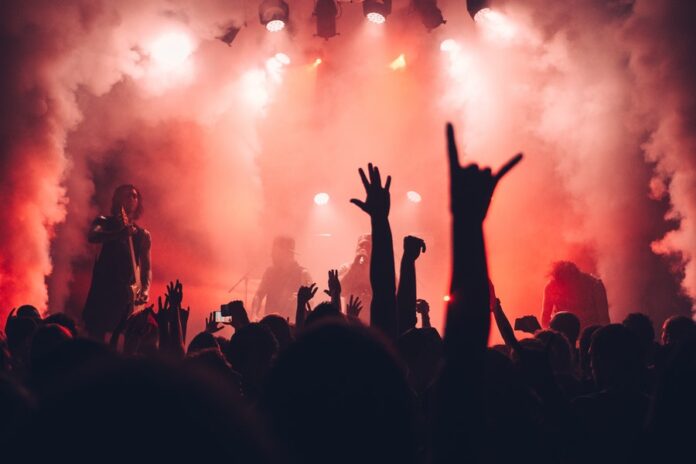 In recent years, South Africa’s entertainment and media industry has grown exponentially. Technology is transforming these sections at a rapid rate by creating enhanced revenue models and new opportunities. Also, new technologies keep changing many other things, including how the content is created, but not just that. It is also changing how content is distributed and consumed. The trend that is currently visible across South Africa mirrors what is going on in the rest of the world. The industry is under an enormous shift in technology, and the impact is visible in many different areas. There is a considerable decline in print media, while digital formats experience growth.

These days, other than  South African online gambling sites, the entertainment and media industry has more potential than ever before to train young people and create jobs to reduce youth unemployment. The easiest way to see that potential is in the revenue of the industry. In 2014, the revenue was R88.68 bn, and by the end of 2018, figures went drastically up, to R128.89 bn. The trend of growth will continue. By the forecast made by Statista, the total amount of income generated in the industry will reach R170.1 bn in 2023.

Entertainment and media on the go

The way entertainment works nowadays is not the same as it used to be. Many major players are offering content on the go, such as Netflix, Hulu, Amazon Prime, Apple Music, YouTube Music, CNN, BBC, and more. It is essential for South Africa content creators to stay in the game and to keep going in the direction of growth.

While tourists and locals may visit land-based casinos, there is an alternative now with changes in technology. Instead of going to a land-based casino, people can visit one of the South African online gambling sites that became a prevalent entertainment option. Increased smartphone use gives people easy access to many different forms of entertainment and media content. The majority of websites are mobile-friendly, allowing users to enjoy their favorite forms of entertainment on the go.

Network and infrastructure improvements as a necessity

For the industry to continue to grow, some improvements and upgrades are necessary. The focus is on technology and significant changes that are going on. South Africa must follow the trend and should not be left behind by foreign content creators. Infrastructure and network improvements are necessary.

Among the biggest issues are the high costs of data and the fact that the connectivity is extremely unstable, especially in remote areas. It stops many people who live in South Africa from accessing various content and entertainment online.

The moment improvements in network and infrastructure become visible, more people will access the content online, and the industry will continue to grow. It will allow South African content creators to develop more and follow world trends.

Implementation of technology is vital

Besides, the implementation of technology will benefit the environment. Going from physical to digital will reduce up to 10 million tonnes in carbon emissions.

Solutions and ideas for cutting carbon emissions were at the center of attention during Earth Day 2021. During the summit, South Africa has committed to ambitious emission target ranges that are more ambitious than ever.

The local film industry and it is potential for growth

South Africa offers foreign filmmakers something that not many countries can – its unique, diverse, and simply stunning locations. Besides, the production costs are not as high as they are in other parts of the world. Producing a movie in South Africa is almost 50 % cheaper than doing the same in the United States or Europe. When compared to Australia, South Africa is 20 % cheaper.

The beauty of South Africa is not the only thing that makes it interesting for the filmmakers. In recent years, the country managed to build a stunning reputation and has excellent production crews. Some of them have been working on blockbusters such as Blood Diamond, the fourth Mad Max movie, and more.

The government points out the local film industry represents a sector with excellent growth potential, leading to the employment of people. And even though South Africa is among the most exciting options for foreign movies, making its own content and earning from what’s been created seems challenging.

We can take the number of movies produced in South Africa in 2017 as an interesting fact. Back then, 222 movies were released, and only 23 movies were South African ones. Making a movie is not enough. What’s created must be distributed, and it turned out to be one of the biggest issues so far.

The entertainment industry in South Africa has grown tremendously over the years, and all the forecasts and predictions say the trend will continue. By 2023, the country may reach some impressive revenue figures.

However, to aim high and reach the predicted numbers, the country should implement some changes as things have changed. Nowadays, we have entertainment and media on the go, and people of South Africa want to access the content without connection issues and high data costs. All of that requires improvements in the network and infrastructure.

By implementing new technologies and going from physical to digital, society, consumers, and the environment will experience the benefits this transition will bring.

The entire entertainment industry can grow even more thanks to the local film industry. It is one the most promising sectors of all that can bring even more to the country by employing more people, directly and indirectly.  For this sector to thrive, the focus must be on both making movies and distribution.

Considering that the entertainment and media industry in South Africa is going up for years, we may expect the trend to continue. The country will undoubtedly remain on the right track by implementing new technologies and solutions to further growth and success.

Three Types of PA System That Best for your Project

Easy and Affordable Ways to Give Your Garden a Make-Over

Honeymoon in Europe: 7 Foods You Must Try from Here

Key Factors To Consider Before Setting Up An Online Digital Marketing...

Five Ways You Can Use the COVID-19 Crisis to Strengthen Your...