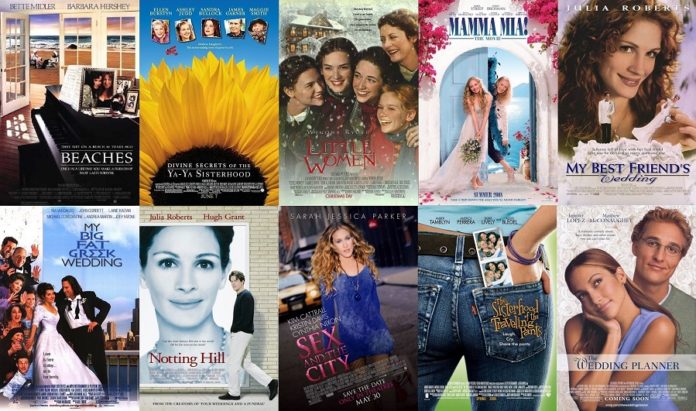 Has life been stressing you out a bit too much? You want to unwind, but don’t know how to? That’s okay, you deserve a break from the mean, old life. Just put on your movie jammies, make some popcorn and stream your favorite movies, like it’s no big deal. Nothing can unwind your mind from the stressful routine at work than a light comedy, where nothing is too complicated to understand.

The story revolves around a heartbroken Elizabeth Gilbert, who sets herself free from a bitter relationship. She then sets off on a life-changing journey to different countries, where she finally learns to live for herself, happily.

The plot includes a distressed Andrea Sachs who ends up getting her dream job of working as an editor-in-chief for the Runway Magazine. Although, she had been dreaming of this opportunity all her life, but putting up with her boss-lady Miranda Priestly is not something Andrea had imagined.

Confessions of a Shopaholic

The story revolves around an excessive-shopper, Rebecca Bloomwood, who finds herself neck-deep in debts all because of overspending on things she doesn’t need. Although, she had a dream of working for a fashion magazine, she ends up writing for a savings magazine. Along the way, she meets with a lot of trouble, which only makes this movie even funnier.

If you like movies that keep your tear-duct busy, then the Notebook should be in your ‘To Watch’ list. The story revolves around Allie Hamilton and Noah, who end up falling in love with each other. Considering him lower than their daughter, Allie’s parents marry their daughter off to Lon Hammond, who happens to be the most eligible bachelor in the town. Years later, the couple meets again, sparks fly and they end up being together for the lifetime.

This one’s a favorite! The story revolves around Henry Roth, who falls for Lucy. They begin dating and just when Henry thinks that he has found the love of his life, he realizes that she has short-term memory loss and forgets everything the next day.

This movie’s plot includes an ambitious, young girl, Beth, who has never had any luck in love. On a trip to Rome, to attend her sister’s wedding, Beth steals coins from Fontana De Amor, and from there begins a string of occurrences where random men come to her and express their love for her. Amid all the unsolicited chaos, she ends up falling in love with Nick Beamon. However, she is not sure if Nick’s love for her is real, or just infatuation.

Yep, there’s another favorite on our list! Marni Olivia Olsen dreads life as she comes face to face with her high-school bully, Joanna. With all the frustration inside her, she sets out to expose her future sister-in-law’s antics in front of her brother.

The story revolves around Jim Friedman, who finds herself on a blind date with Lauren Reynolds. Little did the couple know that their sour blind date doesn’t just end there.  They unexpectedly come face to face with each other on their vacation in Hawai, where they end up falling for each other.

10 Korean Beauty Tips to Look Great on a Date

How to Choose the Best Multi-Vitamins

Tips on How to Secure Fair Car Accident Settlement

How to Budget Your Expenses as a Student

What You Need to Know about Healthy Food Delivery Services in...

5 Reasons How a Solid Website Can Grow Your Business

How Do I Download The Latest movies From 13377x Torrent?