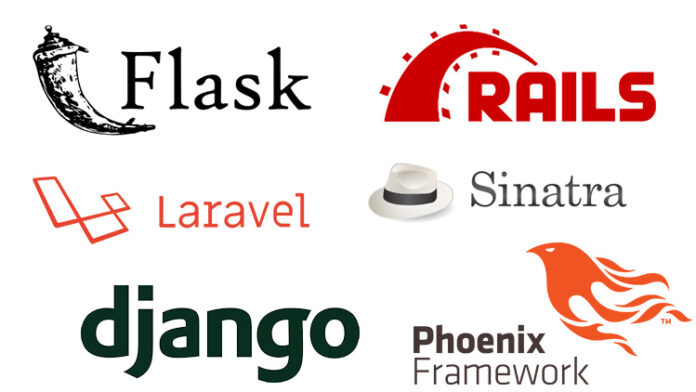 Back-end frameworks have become an integral part of web development providing programmers with a wide selection of tools, resources, and solutions to leverage. A well-chosen framework is one of the keys to a project’s success.

This article covers the advantages and disadvantages of the most popular back-end frameworks helping to make the right decision.

What is a Back-End Framework

While front-end frameworks are responsible for the client-side of the development,back-end, in contrast,  concentrate on the server-side helping programmers to create a data access layer of the web app. Back-end developers not only build web services but also establish integration with the front-end development part. Back-end frameworks require the knowledge of such programming languages like Java, PHP, Ruby on Rails, Python, etc. A well-chosen server-side framework ensures web app scalability, security, and high performance.

There is a vast selection of back-end tools that offer cutting-edge solutions for more efficient web development. Here is a list of the 5 best back-end frameworks:

Laravel is an open-source PHP framework used for web app development. Many Laravel development companies use this framework to build highly-scalable, intuitive, and easy-to-manage web applications.

Spring Boot is an open-source Java framework developed as integration to the Spring framework. It allows developing stand-alone Spring apps. This framework stands out for building highly efficient Spring applications. Here are some of the pros and cons of Spring Boot application development.

Django is one of the most popular server-side frameworks working on Python. It is based on MVT architecture and is used to develop highly-scalable and feature-rich websites.

Ruby on Rails is a free framework for Ruby that gained recognition due to a vast assortment of plugins that make web development faster and more productive.

What to Consider When Selecting a Back-End Framework?

When it comes to choosing a server-side framework, some important features need to be calculated:

There is a big choice of back-end development frameworks, and all of them have some pros and cons. When choosing one, it is necessary to focus on the goals and needs of the specific project. A well-selected framework can boost customer engagement, ensure robust performance, and lead the company to success.

Tax Time: How To Stay Ahead of Your Business Taxes

5 Reasons How a Solid Website Can Grow Your Business

Rain Guide for your furry friend: 6 Tips for a Happy...

Top 7 Ideas on How to Design an Engaging Web Page