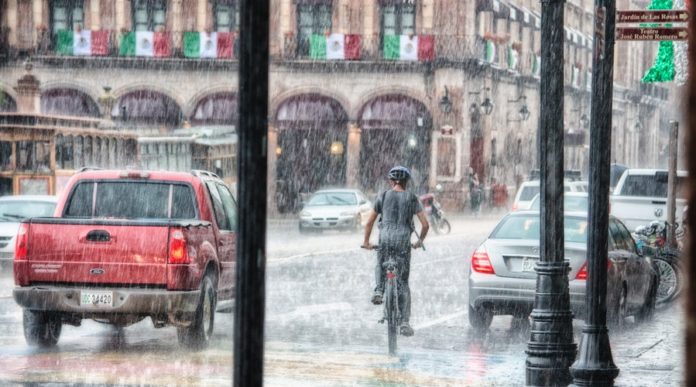 Some people think a car needs to go through a full-on flood scenario and be completely submerged into water in order for it to sustain damage. Unfortunately, that’s far from the case, and the consequences of such ignorance can be dire.

To help you pop that bubble of bliss and prevent some serious issues, My Car Needs This takes you through the signs of a water-damaged vehicle.

Your vehicle’s interior after a flood can be investigated like a crime scene, full of clues and evidence.

For starter, the first sign of water damage that will greet you is the potent musty smell that permeates the insides of the car. From there, the other marks of water residue and/or damage you need to inspect for are visible.

For example, traces of mildew are another dead giveaway of water damage. Damp carpets practically spell water damage, but even if they appear dry, don’t stop your investigation there. The flooring underneath the floor mats might also hide a lot of secrets, such as mold, stains, and/or mildew, so be sure to uncover the flooring to uncover the evidence.

The glove compartment is another area where clues of water damage might be concentrated. If you find traces of mud, silt, and/or dirt build-up, your car has most likely been affected by the flood. Dirt build-up in general is another harbinger of water damage, especially when it shows up at unlikely and obscure places that are hard to reach and can also easily go overlooked. Be sure to check under the dashboard and door liners, as well as in the seat tracks.

A sign of water damage that is both reliable and easy to spot is moisture and fogginess behind the lights’ lenses. In fact, depending on the severity of the water damage, there might even be a proper waterline.

Check the Electronics and Wiring

As you probably know, electronics and water don’t mix well together. If your car has been affected by a flood, chances are its electronics will tell you all about it.

You should run a test on all your electronics, including your radio, dashboard and warning lights, blinkers, interior lights, power locks and windows, and anything else you know of in your vehicle that operates electronically. If anything is being funny or straight-up doesn’t work for no apparent reason, you should take a closer look at the wiring for further signs of water damage like water residue, rust, or perhaps even corrosion.

Even if there are no visible signs of water damage at first, sometimes, you need draw them out, so to speak. As you might have seen in other scenarios, dampness and heat make for an interesting combination that causes condensation.

To summon this reaction, turn on the heating and watch your windows. If they steam up, that means there’s probably water residue, somewhere in the heating and/or ventilation.

While rust might take a little while to form, you should inspect your vehicle for that a few days after a flood, especially if you already have some cause for concern. The likeliest places you might find rust and/or corrosion are underneath your car. Pay special attention to the fuel tank, the shock towers, the brake lines, as well as in between the bumper corners.

Generally speaking, unpainted metal is a breeding ground for rust in the right conditions, so be sure to inspect the ones in your car.

If these fluids have changed, either in color or consistency, perhaps looking a little milky, then that’s most likely water that has altered them.

Air filters are another place in which some water may settle in after a flood, so be sure to check them as well.

Driving around with any kind of damage on your vehicle is serious business, but water damage is one of the sneakiest and most dangerous malfunctions a car can have.

Top Commercial Interior Designs to Look Out for This Year

What Happens If Your Car Fails Its MOT

Things You Should Know When Planning Your Retirement

What Are the Key Benefits of SEO?

How To Market A Brand For Gen-Z

How to Check if CBD Oil Expired?

How can you Ensure a Healthy Environment in Your Bedroom?

How To Find The Best Way To Sell A Car