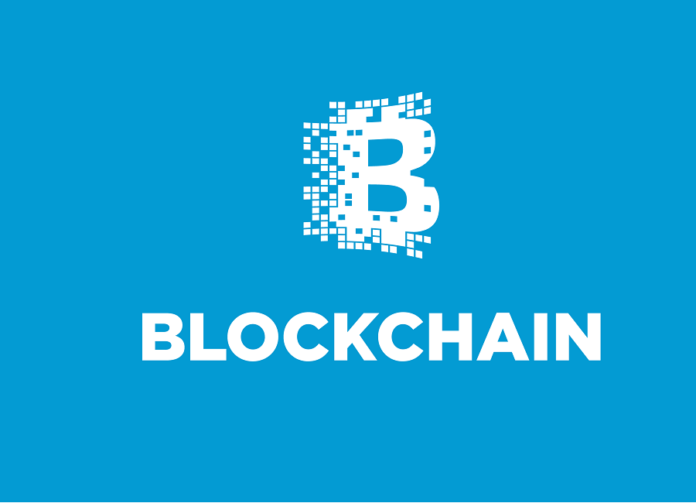 Blockchain technology is used extensively across all kinds of industries. Blockchain development is vital to businesses across every sector to create safe, encrypted wallets, dApps, and tokens.

Following the realisation of the efficacy of blockchain technology in cybersecurity, a wide range of businesses and sectors have begun incorporating this disruptive technology into their daily operations.

What is Blockchain Technology?

Blockchain is just a combination of two commonly used words: blocks and chains, and it has no technical meaning. However, they are not the typical blocks and chains that we see on the street. Information in digital form is represented by the terms “blocks” and “chain,” respectively. The public database where this information is kept is meant by the term “chain.” These blocks may hold any type of information, including your transaction history, dates, money, time, numbers, and whatever else you choose to put in them.

Following are the steps that need to be taken for a block of information to be recorded on the blockchain:

Applications of Blockchain in Banking and Finance

Blockchain presents a method for recording sensitive actions in a tamper-proof log. This feature makes it ideal for sending and receiving money from other countries by automating the whole process on the blockchain.

The retail customers of Santander, a central commercial bank, would benefit from more efficient and cheaper payments, especially in foreign transfers. It is possible to reduce the cost of these transfers by eliminating the need for banks to settle transactions, which is enabled by blockchain technology manually.

Traditionally, archaic trade finance systems have been problematic for companies since the inefficient procedures slow down enterprises and make liquidity challenging to manage. Documenting cross-border commerce includes several factors – including country of origin and product characteristics and generates voluminous paperwork.

Blockchain can expedite and simplify trade finance transactions, allowing them to happen faster. It makes it easier for companies to do business with one other outside their local or national borders.

Blockchain technology’s encryption, once again, helps to fight money laundering. A system such as this one is a powerful tool for keeping track of records, which assists in “Know Your Customer (KYC)” efforts, which are needed to establish and verify customers’ identities.

Potential and limitations products change hands along the supply chain, blockchain’s immutable record is ideally suited to monitoring real-time progress. The blockchain provides several opportunities for businesses moving products like these. When items arrive at a port, they may be sent to various shipping containers based on information on the blockchain. The blockchain offers a new and dynamic method of organising and using monitoring data.

General information, such as age, gender, and vaccination records, along with more advanced medical information like blood pressure or heart rate, are all examples of healthcare data that may be used on the blockchain. There’s no way to identify a person based on the information itself. Therefore the data may be kept on a shared blockchain without compromising privacy.

Most people move on average eleven times in their lives, while the typical homeowner sells their house every five to seven years. In real estate, constant mobility makes blockchain very useful.

PWC says that blockchain technology may be utilised to conduct energy supply transactions and for metering, invoicing, and clearing.

If the blockchain has shown its security as it has in the past few years, then the kind of unbreakable security that consumers are worried about would be pretty enticing.

It is essential to keep records on blockchain because of the encryption at the heart of it. Without it, blockchain would not be an effective means of keeping duplicate records, leading to false documents and the like.

Blockchain in cybersecurity offers one distinct advantage: no single point of failure. Blockchain technology also provides encryption and anonymity during the transaction process.

With its irreversible nature and the fact that every computer on the network is constantly validating the information stored on it, a blockchain is a fantastic tool for keeping large amounts of data, particularly in the financial sector.

All governments, local, state, and national, have a duty to record citizens’ life events, such as births, deaths, or property transfers. However, handling this data security may be a challenge, as there are still certain records that are only available in paper form. On top of this, residents must occasionally visit their city hall to make changes, which is tedious, wasteful, and irritating. The information may be easily and securely stored using blockchain technology.

The complexity of paying taxes, which is subject to human mistakes, may be significantly reduced with blockchain technology since sufficient information can be kept on the blockchain.

Blockchain may address the anti-trust issues charities are experiencing by improving transparency since it can demonstrate to donors that their contributions are being put to good use. Furthermore, NPOs may use blockchain technology to assist them in tributing money more effectively, managing their resources better, and monitoring their use.

Recordkeeping is the most common source of regulatory monitoring, yet there’s no denying that failing to keep proper records is worse in every way. As a result, compliance is a given for firms. Blockchains can make regulatory, and business record changes accessible in real-time, enabling discrepancies and potential problems to be detected faster.

While the blockchain has affected many sectors, it has been hailed as one of the most revolutionary technologies in the financial services industry in recent years. Business Insider Intelligence’s Blockchain in Banking study examines blockchain triumphs and failures at big banks, as well as the measures that other players may take to achieve success in their blockchain initiatives.

What You Need to Know about Healthy Food Delivery Services in...

5 Ways to Invest in Real Estate With Tenants

5 Marketing Trends to Elevate your Business for 2022

5 Ways to Refurnish Your Kitchen

Secrets to Buying a Perfect Oriental Rug for your Home

The Reason Behind the Rising Competition in the Smartphone Industry