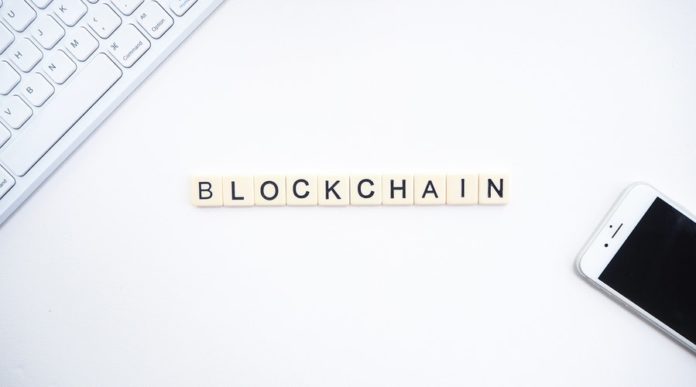 Blockchain technology has changed the entire scenario of technical market. Being introduced and invented since 2008, it has increasingly gained the attention of all with its excellent features and extreme security concerns put into effect.

However, it has been brought into the limelight after the introduction and popularity of cryptocurrency and bitcoin and according to a report by Statista, the market of Blockchain technology-based solutions will climb upto 23.3 billion U.S. dollars by the year 2023.

Businesses have always taken the benefit of changing technology as it helps them execute business operations efficiently. Therefore, there are many platforms available providing excellent support for Blockchain-based development but it is required that they must be chosen with keeping the business requirements and criteria in mind.

Here are some of the best Blockchain platforms suiting different business needs and providing excellent results.

Ethereum extends support for developing more than just cryptocurrency and money-based applications. It facilitates developing an application running on Blockchain technology and with its distributed computing functionalities, it has won over many hearts of experts and is the next-gen most popular Blockchain platform being used. The concept has been shaped and practically implemented by Vitalik Buterin, Gavin Wood, Joseph Lubin and is the best and most mature one to exist for developing next applications.

Ethereum contains Ether as the token which the developer has to transfer between accounts to develop and run an application working on this platform. It is an open-source platform which works on PoW (Proof of Work) consensus algorithm. Also, it includes a smart contract facility.

Are you interested in developing an application that can maintain digital ledger records without needing a centralized system? You have been served with the best option as Hyperledger Sawtooth is all about it! Developed by the association of Linux Foundation, IBM and Digital Asset, it is one of the best Blockchain platforms to choose for if your business requirements are matching the functionalities it offers. It successfully integrates with “trusted execution environments” using the PoET (Proof of Elapsed Time) consensus algorithm and adds up one more benefit to its account.

Again, the platform is open-source and can be implemented in the various industry-based use cases successfully. However, it is primarily put into use for businesses wanting to create a distributed ledger system for their business.

Supporting and promoting the modular architecture, another Hyperledger platform, Hyperledger Fabric is all about building solutions using modular approach and it also facilitates the developers to efficiently develop an app or solution for a business with creating different modules. In order to create an app and use it to build solutions, the hired developers must have capital in their account to use it.

With this blockchain Platform, you can create enterprise-grade applications with its pluggable framework consensus algorithm and it has been released by the Linux Foundation.

Using one of the most popular cryptocurrencies named as “XRP” or “Ripple“, it is primarily dedicated to connecting payment providers, banks, corporates, and digital asset exchange operations without any chargebacks. Ripple primarily works across three use cases which include minimization of liquidity costs (xRapid), payment exchange across multiple networks (xVia) and cross-border payment (xCurrent).

It makes the payment processing faster than any other Blockchain platform can provide and hence has successfully sought the attention of many top investors and companies who ought to use Ripple for their enterprise-grade applications and solution development. It uses probabilistic voting as the consensus algorithm and supports better, faster and secure transactions.

Another Hyperledger Blockchain owned by Linux Foundation, Hyperledger Iroha focuses on providing results for supply chains and IoT use cases. The consensus algorithm being used here is Chain-based Byzantine Fault Tolerant which ensures there are no mistaken or faulty nodes left in the system to provide excellent results and ensure the best security. It is supported on macOS and Linux environment only, which also adds another security constraint to it.

Following Ethereum, it also enables smart contract facility to provide better control and it enhances the usability also. It uses modular architecture only and also enables developers to take advantage of plug and play nature of it.

An enterprise-focused version of Ethereum, Quorum is all about making it easier to develop enterprise-grade apps and solutions with the functionalities and features that Ethereum offers. It has been founded by J.P. Morgan and as it modifies the core of Ethereum, it supports the updates and changes done in Ethereum and adopts to them quickly. It is open-source and uses Majority Voting as the consensus algorithm which facilitates faster results.

It has introduced private and public chained transactions and has solved the confidentiality and security issues present in other Blockchain technologies including Ethereum. Therefore, it is gaining attention and recommendations from the industries to get their business requirements fulfilled with enhanced security concern implementation.

Developed by R3, Corda is an innovative and excellent Blockchain platform that is used to develop an app or solution for performing transactions directly through the smart contracts and it enables faster and better business transactions. It operates in a controlled mode and hence provides limited access to digital records of one and implies better security concerns. Corda is being applied for use cases belonging to other industries rather than just the financial.

It uses Asynchronous Byzantine Fault Tolerance as the consensus algorithm and is currently owned by Hedera Hashgraph Council. Currently, more than 60 firms are investing in it and the list has Intel and Microsoft on it too.

It is an open-source distributed ledger technology and is dedicated to implementing higher security for the digital assets managed by the businesses. It uses Partitioned Consensus as the consensus algorithm and it gives a single authority to each instance to validate the transactions. This platform has been developed by Coinprism and the transactions done are free and are required to be validated by the asset admin.

Shifting the focus primarily on financial services, Stellar is a distributed ledger platform facilitating the exchange of cryptocurrencies, similar to Ripple. It even facilitates building mobile wallets through the Stellar network. Using Stellar Consensus Protocol, it removes the need for dependency on closed systems for recording financial transactions. Stellar is being put to use by leading financing services providers like ICICI bank to enable better and more efficient money transfer across borders to other countries.

The platform designed to build scalable decentralized apps, NEO has been developed by “OnChain”, the blockchain R&D Company. In order to collect the transaction fees for the applications running on the network, NEO uses NEO token as the basic token which is later used for generating the GAS token which is used for transactions. As Delegated Byzantine Fault Tolerance consensus algorithm allows better scalability and improves productivity, NEO uses this as its algorithm. With NEO, the use cases implemented are of the smart economy and are implemented to enable better transaction control.

With the continuous evolution in technological approaches, there are many Blockchain platforms supporting and enhancing the use of Blockchain for secure and faster transactions. Therefore, it is required for businesses to analyze and choose the platform that suits their business requirements and can fulfill their targets along with ensuring security.

In the current scenario, Blockchain certainly poses as the best technology for handling payments and financial transactions and as we know it, it has better scope for development in the near future.

Renting or Buying: How to Decide What’s Best for Your Business

Why is Digital Marketing Important for Food Delivery Business?

Cheap Unmanaged VPS, How It Can Support You