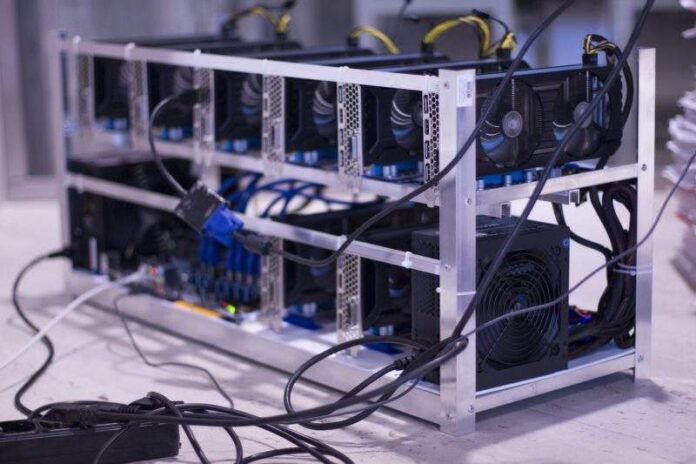 Bitcoin mining has been a hot topic, and many people wonder if it’s worth the investment. This is because Bitcoin mining can be very hard on your computer and uses up much electricity. But what about GPU mining? What could you do with GPUs instead of CPUs to mine for Bitcoin or other cryptocurrencies?

I’m going to show, how to mine bitcoin with a GPU. It’s not as hard as it sounds, and there are plenty of tutorials out there on the internet that will help you get started. I’ll be using Nvidia GPUs for this tutorial, but AMD is also an option if your more comfortable with them. If you’ve never mined before and want to give it a try, then keep reading on!

What is bitcoin mining?

It is the process of creating new coins. Currently, every 10 minutes, someone creates a block that has 12.5 bitcoins (this number will go down by half in 2020). One can either mine bitcoin solo or with others on a pool. The only real difference here is that you’ll receive smaller but more frequent rewards than one larger reward every 10 minutes. Those with much computational power will likely go solo, while those on a pool can split the resources and get slightly better results.

How does it work?

Bitcoin mining uses cryptography with a hash function called double SHA-256. You take an input string of numbers and letters and run it through the SHA-256 hash function. The output will have a fixed length; each time you run the hash function on the same input, it will provide you the same output. If you change just one character in the string, then you’ll get a significantly different output. This is done to ensure that no one can fake transactions, as everyone can run the hash function and see for themselves if someone’s trying to cheat.

It takes an insanely large amount of computing power to run the bitcoin mining algorithm, which is why you need modern GPUs (graphics processing units) like the Nvidia GTX 1070. When you’re mining on your own, it’ll take months before you find a full block (12.5 bitcoins), and this is only if you have very powerful hardware. If you’re mining with others, you might find one every few days or weeks.

What do I need for mining?

Pretty much all you’ll need is the best graphics card for mining with at least 3GB of RAM. I’d honestly recommend the Nvidia GTX 1070 though, as it’s currently one of the most good GPUs that you can buy. You will be able to get away with an AMD RX 470/480 or similar if your electric costs are low enough and you plan to run this for a long time. Other than that you’ll need the usual stuff like an internet connection, power supply and so on.

Setting up your miner

The easiest way, is to use GUIminer – it’s not made specifically for mining bitcoin but rather other cryptocurrencies, but it works pretty well all the same. You’ll still need the usual stuff like a wallet and such, but it’s much easier than messing with command line arguments.

First, download GUIminer here and install it like any other program (Run “setup.exe”). Once up and running, choose “File > New”. This will bring up some new options, and at the very least, you’ll need to enter your mining pool’s address and your miner’s name (and worker name as well if you’re on a pool). More advanced options include using proxies, adjusting intensity and so on; we’ll leave those be for now.

Once this is done, choose “File > New Miner” and GUImingminer.

Once you have everything installed, open up GUIminer. You’ll be greeted with the main window, which looks like this:

The easiest way to find out what pool you should use is if you know who’s hosting it – try searching for their domain name on Google and see which pool they recommend using. If no one’s hosting it, then you can use the list from BTC.com or type in “bitcoin mining pool” into Google.

Once you have a pool sorted out, enter its address and your username and password (if any). Make sure to add this information under “My Worker” in the site’s control panel! Your next step is to set up your miner. Under “Profile” click on the green plus sign and select “New Profile”.

Why mine bitcoins with a GPU?

You have two main reasons to mine bitcoins with a GPU instead of using specialized hardware (aka ASICs):

It’s pointless to use an ASIC, as they no longer work well for bitcoin mining after the difficulty has risen so high. Even if you have free electricity, GPUs are far more power-efficient, which will save you money in the long run.

The second is that you’re not competing with everyone else on the network, which means you’ll get rewards occasionally. If you were to mine with an ASIC, your chance of getting a bitcoin in a week is less than one per cent – per month, it drops even further! This is no longer the case with GPUs, but you’ll still find that it’s unlikely to be profitable.

This is true, but only if you want to make huge profits (like mining bitcoins with your home PC). All you need is look up bitcoin mining calculators online and put the numbers in there – this will tell you how much money you can make and what your energy costs will be.

What are the risks involved in bitcoin mining?

The biggest risk is that you might spend thousands on your hardware and never make back the money because the bitcoin network has become too difficult to mine. This happened early in 2013 before the price of bitcoins went up – people spent thousands of building rigs but found that they didn’t make enough money to cover their costs, much less turn a profit.

This risk can be reduced by with graphics cards instead of CPUs since the hash rate/card is much higher for bitcoin mining. You still have to watch out, though – if you plan on running this at home, then make sure that your electric rates are low enough to justify the cost.

If you don’t care about the costs and want bitcoins, then it’s a much better idea to buy them: the market is currently flooded with new miners who are willing to sell their equipment cheap, so there should at least be some supply out there.

Which GPUs are best for bitcoin mining?

It’s important to realize that the best graphics card for mining is not necessarily the most expensive. It will help if you looked at the hash/sec per watt ratio, which you can find on this page. For example, an RX 470 has a hash rate of 24 MH/s and draws 120 watts; whereas an R9 280X does 28 MH/s at 180 watts. The 280X is faster, but also uses more electricity.

If you’re planning on building a 6 GPU rig then make sure that your PSU (power supply unit) can handle it; get an 80+ gold or better power supply, like the Corsair RM 1000i .

As you can see, it’s not hard to get set up with bitcoin mining. Of course, if you’re serious then this guide just takes you through the first steps – there’s a lot more involved with bitcoin mining than just installing software on your computer.

If you’re planning on getting into bitcoin mining then I recommend joining a pool, as this will give you a more stable income. If you can’t afford to buy six graphics cards (which is the minimum) then don’t worry – it’s not worth trying to mine bitcoins with your PC, and there are many other cryptocurrencies that you can get into.

What Is Ethereum: All You Need To Know

Cargotecture 101: Everything You Want to Know About Container Homes

5 Things You Must Know About Spousal Support

10 Features why WooCommerce is Perfect for eCommerce?

Tips to Look for When you Buy Handrails

Debt Review- What are the 6 Functions of Financial Markets?

5 Reasons You Shouldn’t Buy an IPO without Analysis