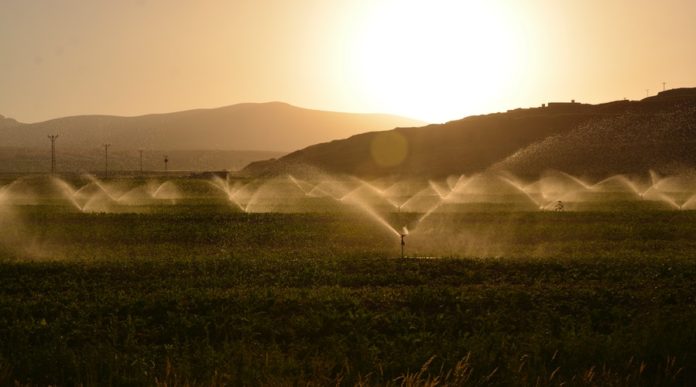 There is no better feeling than being able to help conserve the environment. The world’s resources seem limitless, but one of these days, we will run out of its resources to use. While we are here, let’s start saving the environment in whatever way we can, and one of the many ways to help save the planet is by saving water.

These days, saving water has become more important now than it ever has been, as a time will come when there won’t be much of it. Even though the surface of the planet is covered in 70 percent water, 97 percent of the surface water is found in the oceans, which is too salty for drinking or for growing crops. About 3 percent of this is freshwater, which we use for our survival—irrigation being one of the ways we use freshwater to water our plants.

Irrigation is the process of supplying water to sustain land or crops. Without freshwater, we are left with nothing to cultivate our main food supplies. Thankfully, though, some companies have taken advantage of the latest technology to ensure that crops are watered adequately while, at the same time, save freshwater. In today’s post, let’s learn some of the most popular technologies farmers use with their irrigation systems.

With a steady stream of information and technology, many developers are starting to create apps to monitor water levels in farms and water reservoirs. As such, farmers can now control their farm’s water supply automatically or they can do it with a simple tap on their smartphones. These apps allow farmers to control opening and closing water valves, monitor the water level and water pressure on their reservoir, etc. Some developers have even created companions to these apps available to accurately check weather forecasts so farmers can collect rainwater for use in their farms.

From the word itself, water is provided by a sprinkler. Sprinklers are commonly found in homes as they water plants automatically at set intervals. There are times when plants are unevenly watered, so the sprinklers are moved. The sprinklers move in a circular motion so the crops around it are evenly watered. The best part about sprinklers is that they are automatic so they shut themselves off when the surroundings are appropriately watered.

Drones were designed for a lot of purposes. Yes, they have been used in mainly in civilian (mostly tourism) and military settings. However, believe it or not, they are also used to identify whether crops are watered enough. They capture accurate images of the farms so farmers can check the crops that need more watering or the crops that have an acceptable moisture level.

After investing in a slimline water tank in your property, you need to think how you are going to utilize this equipment. One way would be to connect pipes from the water tank to a sprinkler system or to systematically water crops in ditches around plots of land. This method is popular among farmers due to its simple, cheap, yet efficient method of watering crops. However, it requires a lot of work to reach certain distances. By that time, further work around the farm is needed to adequately water crops.

Whichever piece of technology you wish to complement your irrigation system, be sure you know how to properly operate it. You might not be able to get the result you have been looking for if you fail to operate your equipment properly. After all, the goal is to save as much water as is possible so that we can continue to water our plants for the foreseeable future.

Top 8 Tips That Will Make You Look Better On Video...

3 Best Ways on How to Hack Snapchat Online

Top 10 Cities In The USA For Real Estate Investment In...

7 Legal Considerations When Purchasing a Vehicle

Top 10 U.S. Cities That Are Great For Wholesaling

A Comparison Between Ipage & EWebGuru?