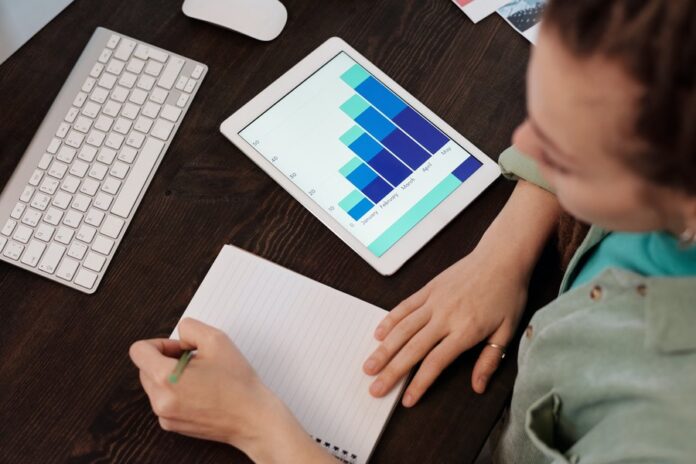 From Brian Tracy to Grant Cardone, experts expound on sales tactics across the planet. Learning how to master the sales process could be your ticket to lifelong prosperity. But, it’s something that takes a lot of work and effort. Here are a few tips to help you succeed as a salesperson.

Read a Ton of Sales Books at Home

Even while you’re home, there are things you can do to improve. After getting off work, don’t unplug for the rest of the day. Take a few minutes to unwind and release any stress from the day. Then, grab a book and read it for at least half an hour.

Brian Tracy has a ton of great sales books that are perfect for beginners. The Psychology of Sales has been a classic since it was released years ago. It’s helped tons of salesmen turn around their careers, and it can help you.

Don’t stop after reading a few books, though. That’s something many do once they’re seeing some success. But, it’ll slow down the growth you’re experienced right when it’s starting. When you’re seeing results, that’s when it’s time to double down. Putting in even more effort at that point tends to pay off handsomely.

Online sales coaching has grown into a mature industry, helping millions yearly. Talking to experienced salesmen gives perspective and makes it easier to spot weaknesses. Also, they’ve developed structured curriculums to guide you through the basics.

Many teach the fundamentals of persuasion and how to influence others. By developing the skills they’re teaching, sales become much easier. You’ll hone in on your prospect’s hot buttons. Then, it’s just a matter of convincing them you have the solution. Closing a deal is trivial once a prospect has seen the value of what you’re selling.

But, most people have a wall built, stopping them from hearing what you say. Getting them to actually listen is the toughest part of any deal. If you can break preoccupation, the rest of the close usually follows effortlessly. That’s why it’s important to focus on building rapport at the start of the deal.

Visit a Sales Conference in Person

Besides using online training, you should also attend some in-person conferences. These often show you things that are difficult to learn online. So, putting yourself into a new situation seems to be beneficial usually.

At a conference, tons of salespeople hang out with each other. They’ll have a few speakers talk on stage and teach the crowd stuff. But, a lot of what makes conferences great is the networking you can do while you’re at them.

Sometimes, you’ll run into someone who becomes a valued contact. It’s not unheard of to walk out of conferences with a new deal in your pocket, either. Just make sure to speak with as many people as you can while there. That’s where most of the value is at a conference.

Listen to Sales Training in the Car

How you spend time during commutes can be a hidden asset. Instead of listening to talk radio, toss on a sales training script. Listening to them while heading to work will prime you for the day. By the time you’ve pulled into the parking lot, sales will be fresh on your mind.

Transitioning from the car to work won’t be hard at all. Plus, you never know when something insightful will come up on the training. If you’re consistently expanding skills, progress will be inevitable.

Grant Cardone posts a ton of sales content on his website. Even though some of it costs money, much of it’s available for free. Just take a look at what he’s posted on there by visiting it yourself.

Roleplay Sales Scenarios With Your Coworkers

If you work in an office, your coworkers can be valuable assets. Part of what makes sales difficult is not having any experience talking to people. So, get some by working with your coworkers.

Roleplay different scenarios that are likely to pop up while in the field. By practicing things ahead of time, responding is easier when things actually happen.

We’d recommend working with high-performers if they’re available. At the start of the day, gather everyone and have them roleplay. Do that for an hour to see what happens. In our experience, everyone’s performance usually increases after practicing in the morning.

Shadow the Top Performer in the Office

Nothing has more of an impact than seeing how it’s done in action. That’s why we’ve always tried shadowing the office’s top-performer when starting new jobs. By seeing what they do, it’s easier to know what’s necessary.

A lot of what’s done in an office isn’t always useful. But, the top-performers always have a strategy designed to fuel their success. Emulating their strategy is the simplest way to become successful yourself.

Track Your Performance and Note Any Changes

No matter what, track how you’re performing and note any changes. When something improves, you want to know what it was. Otherwise, it’ll be hard to further build on that success.

Look at how much you’ve sold last week and write that down. Then, see how you’ve done at the end of next week. If there’s been an increase in your sales, ask yourself what happened. More than likely, you’ve changed something about your process. By figuring out what that is, building on your success will be easy.

Review everything at least once a quarter. While you’re working, don’t focus on it too much, though. That’s only going to distract you from what really matters, performing at your best.

How to Excel in Sales

Sales are an integral part of the economy. Without it, millions would sink into poverty. Becoming a skilled salesman is a valuable goal, one with many payoffs. Anyone with charisma and a hard work ethic can succeed in a sales role. If you put in the work, it’s inevitable that you will be a top performer. Once you’ve mastered sales, anything is within your grasp, too.

Three Essential Employee Rights You Should Know In 2022

Get To Know About Excelitas Digipyros – The Best Digipyros in...

Advantages of Hiring Young People for Your Business

7 Tips for Traveling in Style and Comfort

How to Design a Stylish Patio in a Budget

What Are Some Dos and Don’ts After My Car Accident?

5 Simple Tools That Can Enhance Your Office Productivity

Career Guide- 5 Things That Help a Writer Make a Living