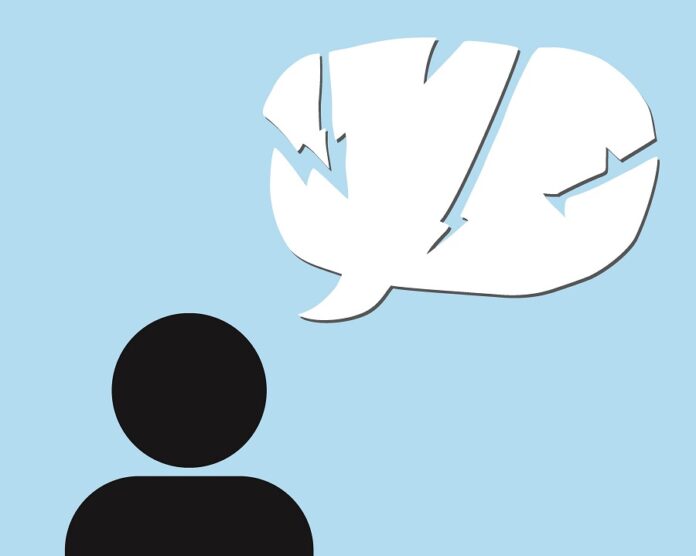 Stuttering is not very prevalent in the world. The negligible number of people affected by the speech disorder often leads to stigmatization, myths, and widespread ignorance. Here is what you need to know about stuttering, particularly situational stuttering.

Stuttering is a complex communication disorder characterized by disruptions in a person’s speech. It causes the individual to repeat the syllables, words, and sounds or experience a “block,” which is an interruption in the speech.

Stammering does not indicate that a person is unsure about what to say next and has no bearing on intelligence; they simply have trouble maintaining a normal flow of words. This can lead to anxiety, fear of speaking, and a loss in confidence, affecting the quality of life.

Stuttering affects less than 1% of the worldwide population and 5% of children between the ages of 2 and 5. The majority of the stutters, as many as four-fifths, are males. Symptoms of stuttering vary widely for every person, ranging from mild to severe. An individual can also experience significant fluctuation in the severity of stutter throughout the day.

There are mainly two types of stuttering:

While stuttering is not curable, numerous treatments can help a person carry on a conversation fluently. These include speech therapy, antidepressants, and anti-anxiety drugs, and electronic devices fitted into the ear canals to alter the sound of an individual’s voice.

Stuttering’s exact causes are still unclear, but it is primarily neurological or physiological, not psychological. This indicates that a person who stutters is perfectly normal in all other aspects of life.

There are several factors attributed to stammering, the primary factor being genetics. People who stutter most often have a family relative with the same speech disorder, indicating a genetic link at play.

What is situational stuttering?

When stuttering is infrequent, momentary, and unaccompanied by substantial avoidance behavior, it is usually termed as mild, non-chronic, or situational stuttering.

Situational stuttering indicates that the affected person generally does not have trouble in speaking, apart from isolated incidences. These situations can include acute nervousness, interacting with a person of authority, experiencing time pressure, plagued by fatigue, and other stressful activities.

On the other hand, severe or chronic stuttering is present in most situations. An aggravated form of a fluency disorder can be accompanied by severe anxiety, self-hatred, and fear, amongst other things.

The compulsion to mask the stutter can actually cause it to become worse. People with situational stuttering, however, do not usually feel the same strong emotions.

Another type of situational stuttering involves people who are prone to this speech disorder, but certain situations can make it more severe. For example, speaking on the phone or in front of large groups of people can trigger severe stuttering, especially if the person is self-conscious.

The same individuals may have temporarily reduced stuttering while singing, reading, and speaking in unison. Therefore, stuttering is often variable where a person can have good, bad, and even stutter-free days.

What can help with situational stuttering?

There are numerous ways to alleviate the symptoms for most teens and adults who suffer from situational or even chronic stuttering. One of them is speech therapy that emphasizes on controlling the stutter through a more holistic approach. You can name it as one of the effective way to counter stuttering.

The therapy encourages individuals to speak more slowly and taking deep breaths to regulate breathing. Most of these therapies also focus on addressing and managing the anxiety triggered by particular situations. It also helps you conquer the fear of stammering since fear prompts tension, which only increases the problem. The entire process takes time and requires patience and effort.

Stuttering can drastically affect a person’s life, causing them to suffer from a lack of confidence, negative emotions, and fear of interactions.

However, the intervention can help manage stuttering to the point where an untrained ear is unable to identify a problem. Hard work, perseverance, and emotional support are the keys to mitigating the problem.

5 Ways to Get Rid of Under Eye Bags

How to Create a Safer Environment for People with Diabetes

Why You Should Invest in Dividend Stocks

Why Is Angular The First Choice Of Developers? List Of World’s...

What Is PhotoStick And What Does It Do?

Model Homes in Las Vegas are Becoming a Favorite with Buyers

7 Ways to Get Paid More for Your Work

Why CBD Oil is Becoming Popular? What Medical Benefits does it...