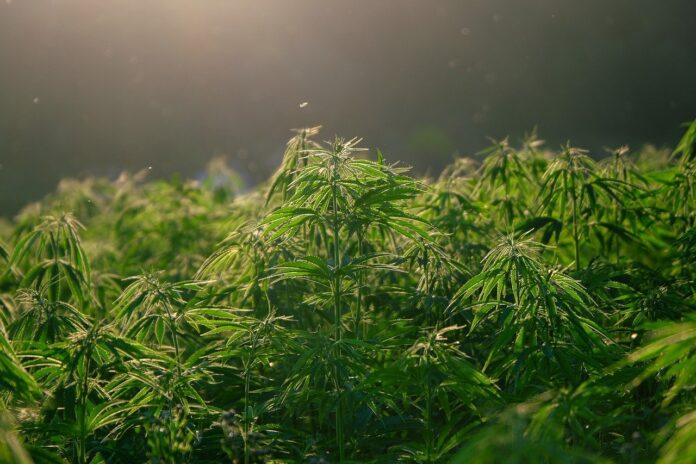 Derived from the controversial cannabis plant, CBD has acquired a life of its own today, spawning an ever-expanding collection of health and lifestyle products that claim to do a miraculously wide variety of things. But what is CBD? How does it work? And how can CBD Hemp Cream help skin infections? Let’s find out.

CBD And Its Ways

Cannabidiol is one of the two main cannabinoids found in cannabis, accounting for up to 40% of the extracts from the plant. Unlike its more well-known cousin, THC (Tetrahydrocannabinol, responsible for the effects of marijuana), it is not psychoactive and thus does not cause drug-like effects. It is one of 113 cannabinoids identified in the plant but has rapidly gained importance due to growing awareness of its medicinal potential.

Cannabidiol does not bind particularly strongly to cannabinoid receptors in the body but is a potent antagonist.

That means it prevents other compounds, like THC, from binding to these receptors and triggering their effects. Thus, CBD’s presence in cannabis-derived drugs can reduce their efficacy (this is why most ‘drug’ strains are bred to maximize THC content and minimize CBD content). It is available in several forms that include oils, capsules, smokeable formulations, and liquid extracts. It’s much more effective when inhaled than taken orally, having a bioavailability of 31% on average in the former case compared to 16% in the latter.

CBD cream for skin does not have any intoxicating effect and thus does not cause dependence. In addition to its effects on the cannabinoid system, it has other neurological interactions which are not entirely understood. That has led to research into its use for treating a wide variety of disorders, including epilepsy, anxiety, and psychosis, though the field is very much in its infancy. Some Cannabidiol formulations have received approval from drug regulatory agencies in many countries and are in use.

Cannabidiol is usually made from hemp, cannabis plants grown specifically for industrial or medicinal use. Hemp plants usually have low amounts of THC, except those engaged in the preparation of medical marijuana in jurisdictions where it is legal. In the USA, hemp must not contain more than 0.3% THC by dry weight. It was perhaps the first plant to be used for fibers in history. Cannabidiol is made available in various forms such as oils, tinctures, vaporized liquids, creams, or even as additives in food and drinks. The plant is also the source of many other products, including fiber, edible seeds, oils, cords, building materials, and biofuels.

Studies have shown that CBD cream for skin can interfere with the functioning of the endocannabinoid system in humans in beneficial ways, leading to pain relief, even in diseases like multiple sclerosis or arthritis. It also provides a non-addictive alternative to anti-anxiety and depression medications like benzodiazepines, with fewer side effects; a 300-mg dose has been shown to reduce anxiety significantly. It has been used to treat insomnia and has demonstrated the ability to reduce sebum secretion and control inflammation, leading to applications in controlling acne. Even when placed under stressful situations, its stress-relieving properties have also improved heart health and lowered blood pressure.

CBD is often distributed as suspensions in hemp oil, derived from the same cannabis plant but with no psychoactive properties. Though generally used as a food product, hemp oil derived from seeds is also a good delivery agent for Cannabidiol, concentrated in the plant’s flowering tops. This CBD Hemp oil is often used to manufacture creams and lotions for topical application; the oily composition allows it to penetrate the skin where alcohol-based tinctures fail to show results.

Cannabidiol has demonstrated antifungal properties in studies. Additionally, its extracts contain other cannabinoids like CBG and CBC, which also have antifungal effects. These compounds interact with and oxidize the cell walls of fungal cells, inhibiting their functions and destroying them. They can also boost the action of other antifungal agents, including other chemicals native to the cannabis plant, such as caryophyllene oxide. These potent antifungal defenses are part of the plant’s immune measures, as it is a fast-growing weed that needs plenty of protection from pathogens.

CBD-based formulations contain moisturizing compounds like GLA, which provide instant relief to dry and embattled skin in cases of eczema and other conditions. Additionally, their anti-oxidant and anti-inflammatory properties control runaway immune responses and bring conditions like acne under control. They can also prevent damage from free radicals. Fatty acids in these formulations are capable of contributing to healthy skin. The extracts from hemp have additionally shown some antibacterial properties and can help control bacterial infections. The cannabinoid has also demonstrated efficacy in controlling debilitating conditions like psoriasis.

Can It Cure You?

The word ‘cure’ is powerful. CBD has been shown to have various beneficial effects on many conditions, including a long list of skin conditions. However, many diseases like psoriasis are essentially lifelong in most cases and can only be kept under control; CBD has even sometimes been shown to control diabetes and cancer but to say it is a cure is a gamble of very long odds. Like all other medicines, the advice of a medical professional is paramount. CBD formulations are best used in conjunction with allopathic remedies recommended by your doctor. If you are self-medicating, be aware of any allergies you may have. While it is undeniably useful, CBD is just another tool in the medicinal toolbox and should not be looked at as a cure-all panacea.

The field of research into CBD is still very much in its infancy and hampered by the slow process of decriminalization and stigmatization still ongoing across the globe. While rare, Cannabidiol has been shown to cause side effects like dry mouth, dizziness, diarrhea, and drowsiness, and may also react adversely with other medications. As with all medicinal products, especially niche ones, buy formulations only from reputed suppliers and consult your doctor and local laws to avoid serious trouble. Stay safe and stay healthy.

8 Great Tips to Slow Down the Aging Process & Feel Younger

How to Get Rid of Bone on Bone Pain

Role of A Nurse Practitioner Explained

5 Car Accessories to Customize your Car

Little (CHEAP) Changes You Can Do To Liven Up Your Home

How Technology Can Help Plumbers

10 Best Pirate Bay Alternatives Working When TPB Is Down

Top Commercial Interior Designs to Look Out for This Year

How to Select the Best Health Card for your Family?