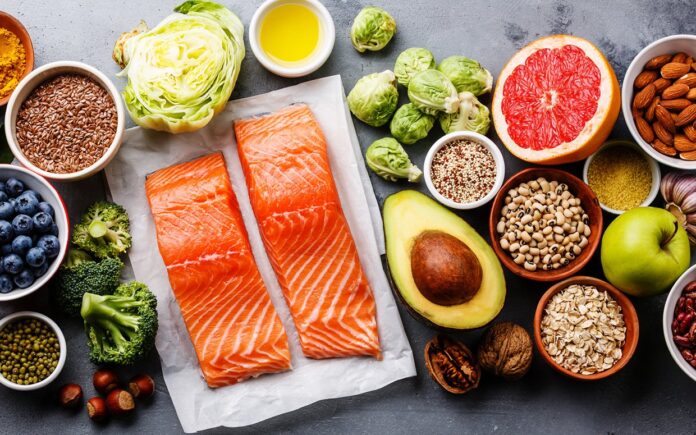 For the body to cope with the infection faster, it is necessary to eat properly. Doctors advise patients to drink as much liquid as possible, at least 2.5 liters per day. This will help moisturize the mucous membranes in the airways.

Water flushes toxins from the body. It also helps to improve well-being. In addition to ordinary water, cranberry and other fruit drinks are useful. But avoid harmful fluids containing alcohol and nicotine. Though these drinks would help to warm the body, but substance abuse is hazardous and should be avoided in any case.

Which Foods Help To Fight Cold?

During illness, it is better not to overeat, choose only light meals. Do not eat fried, smoked, and fatty foods. There are some foods recommended for cold. Let’s discuss them in detail.

Experts have found that vitamin D can protect against cold. British scientists experimented and found that vitamin D supplementation helps those who are deficient. So the risk of getting sick with ARVI and influenza is reduced by 2 times, i.e. it works almost as effectively as vaccinations.

In winter, many people are deficient in vitamin D, because it is synthesized by exposure to sunlight. But it can also be obtained from food. Vitamin is found in fish, namely sardines, salmon, and mackerel. So that it does not collapse during cooking, it is advisable to simmer it in a little water. When cooking or frying, most of the vitamins are lost.

Each person should receive a small amount of selenium with food. This mineral improves immunity, successfully fights inflammation, and has an antiviral effect. It also has other useful properties. It is advisable to eat natural products that have not been heated. Selenium is found in some types of fish (tuna, cod), sunflower seeds, and eggs.

But there is especially a lot of it in Brazil nuts. If you eat 30 g of these nuts, you can get a daily dose of selenium. It promotes the production of cytokines, which can neutralize the influenza virus.

With a cold, riboflavin must be supplied to the body. Its other name is B2. It serves many functions. Including, it enhances the speed of the immune response to various infections, helps to produce antibodies that fight against microorganisms.

It is abundant in animal products, especially meat and liver. Therefore, a piece of meat will not hurt, provided that it is not fatty, i.e. lamb and pork should be discarded. Besides, meat is a protein food. The body needs it because it is a building material for immunity.

Immunoglobulins are antibodies needed to fight viruses and bacteria. These are also special proteins. Therefore, at any stage of a cold, it is necessary to eat protein foods, which means meat, fish, poultry, and seafood.

Sweet potato is one of the record holders for vitamin C. It contains a lot of beta-carotene, which is converted into vitamin A. These are powerful antioxidants. It boosts immunity by protecting the body from cold or flu. From 100 g of sweet potatoes, we can get 40% of the daily value of vitamin C. And the immune system must fight viral and bacterial infections.

Brussels sprouts, cauliflower, and broccoli are high in vitamin C, which we need to fight infection. They also contain glutathione. This antioxidant has an anti-inflammatory, detoxifying effect, and helps preserve immune cells. Cauliflower contains vitamin K. It has anti-inflammatory and bactericidal effects when combined with fatty acids.

Onions and garlic are not anti-viral. But this does not mean that they are useless. 100 g of garlic contains 95% of the daily value of vitamin B6. It is essential for the production of T cells, which are needed for the immune system to function well.

Garlic contains a lot of manganese, it is important for the normal functioning of the immune system. Garlic contains allicin. It is a natural antibiotic that inhibits the growth of harmful bacteria and increases the body’s resistance to infection.

Onions also increase resistance to viruses and have a bactericidal effect. It contains a lot of vitamin C and is ahead of oranges in the amount of ascorbic acid.

It is a versatile cold remedy. Ginger boosts overall immunity. Also, it helps our body to eliminate toxins. It can be used as a diaphoretic. Ginger tea is useful. To prepare it, you will need 1 tsp. grated root.

Pour boiling water over it, leave for half an hour, add honey or sugar to the tea, and drink. Cover yourself with a blanket and sweat. But when the temperature rises, especially if it reaches 38 degrees, it is better to refuse tea with ginger.

It has antibacterial properties. It contains a lot of sugars, acids, hydrogen peroxide, which can affect pathogenic microorganisms. If the disease is serious, with complications, honey cannot replace medicines, but it can cope with a mild cold. It is also a natural antiseptic. But do not put it in hot milk, because with strong heating, part of its vitamins disappears.

With a cold, especially with the flu, appetite often disappears. But it is impossible to refuse fresh chicken broth. Chicken contains cysteine. It is a powerful antioxidant that neutralizes certain toxins.

It also contains zinc. Scientists have found that thanks to chicken, the duration of any cold disease is reduced by 40%. There is a lot of zinc in boiled fish, wheat bran, meat, and poultry.

They contain phytoncides that have a bactericidal effect. Lemon juice water is a good antipyretic. Citrus fruits are high in vitamin C, which is essential for the immune system. They have become a visiting card of vitamin C also because ascorbic acid is perfectly preserved in citrus fruits. It is protected by a dense peel and acidic juice.

Citrus fruits also contain bioflavonoids, in particular in the white part of the peel and zest. They increase the absorption of ascorbic acid. And catechins increase the body’s resistance to the effects of viruses and bacteria.

When suffering from the cold, a person should include such foods in the diet that are rich in vitamins and nutrients. The above list of foods helps a person to fight cold. Make sure you make them a part of your daily diet.

Data Breach: What Happens And How You Can Prevent It

Are Homeschool Students Better Than Traditional?

5 Long-Term Benefits of CBD to your Health

5 Ways to Keep Track of Your Ovarian Health

Do You Need Zero Trust Security?

Is Chili Powder the same as Red Chili Pepper?